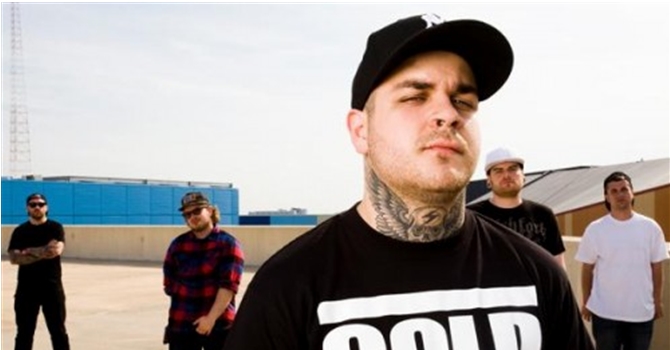 Lead vocalist of metal band Emmure got a shock to his face last night, thanks to some shabby Russian wiring, and planks hard on stage. Ouch.

Emmure are a deathcore band from the states and whilst playing a show last night in Russia the vocalist got knocked out cold by an electric shock from his microphone.

I’ve played in bands off and on over the years, and anyone who’s been a vocalist knows that unpleasant and startling feeling of an electric spark to the lips when you touch a live mic. It makes you feel like crying, screaming and punching someone all at the same time. Electric shocks to the most sensitive part of your face are unwelcome at best.

I’m lucky enough not to have had any serious prangs, I guess they’re fairly rare for people who don’t really muck about with electricity too much and live in a country where there’s a certain level of safety that has to be reached before letting the public in.

The Man Who Rode The Thunder

The video of the incident is mad, lead singer Frankie Palmeri proper planks in mid air. Apparently he was fine and regained consciousness seconds after the blast though. The show was still cancelled as the stage was obviously a complete death trap and had been wired up by some Russian chimps who’d been pilfering from the vodka stores.

The band apologised to their Moscow fans via the medium of Twitter and promised to make it up to them. I bet they get a trained electrician bloke to check the stage before they play next time.

Russian Doctor Cuts Out His Own Appendix & Other Self-Surgeries