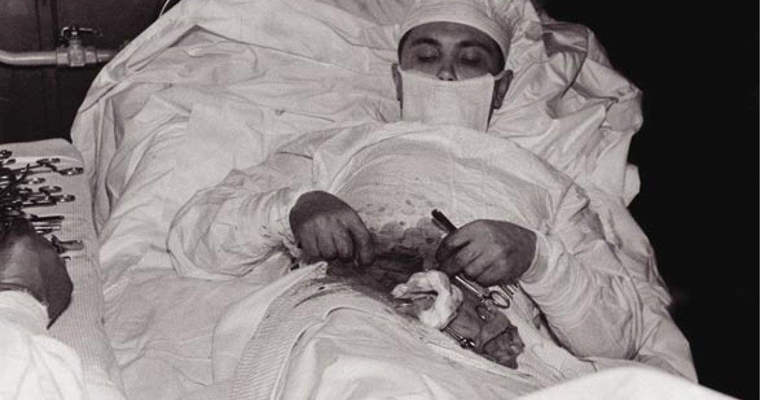 I’ve trapped my scrotum in my zip before and that was bad. But opening yourself up and taking out an organ is a whole other level. Leonid Rogozov I salute You.

I’m not impervious to gore, but I’m not massively squeamish either; As a student I was allowed to cut up dead humans which was pretty weird but I didn’t puke, cry or whitey. That’s all well and good, but cutting up a live human would be pretty mental, I don’t think I could ever be a surgeon, for many reasons; not least because I’m retarded. What about cutting yourself open? Then removing part of yourself and stitching yourself back up? Nope. No thanks. Well that’s what this guy had to do….. 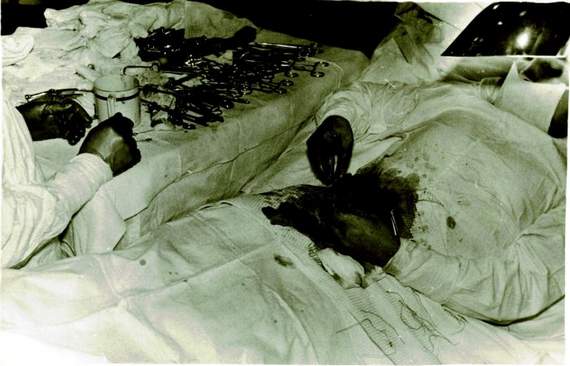 Russian born Leonid Rogozov took part in the 6th Soviet Antarctic Expedition, 1960-61. He was the only doctor at the research station and had the misfortune of self diagnosing peritonitis meaning an appendectomy was essential. A jippy appendix isn’t something you can shrug off with some paracetamols, it hurts like a stab and if untreated may explode and kill you. The nearest Soviet research station was literally 1000 miles away, so a bit of a hike. They were experiencing blizzard situations so any assistance from the air was out of the question too. Only one thing for it. He had to cut himself open. He had two assistants (a driver and a meteorologist) to hold instruments and a small mirror to help him see what he was chopping. 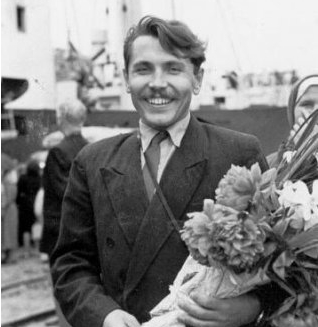 He used nothing but novocaine as a local anaesthetic as he cut the initial, 10 cm incision. He started feeling sick and weak at the 30-40 minute mark (I’m amazed that didn’t start earlier, I mean immediately) so he had to take short breaks from then on in. But Leonid still managed to get the diseased organ out, cleaned up and stitched up in under two hours. What. A. Boss. His tale inspired the Russians back at home and he was awarded The Order of the Red Banner of Labour.

This got me wondering if anyone else had willingly gone under their own knife. As you can imagine, the types of people that do this sort of work are desperate, like Leonid, or mad like our next guest…