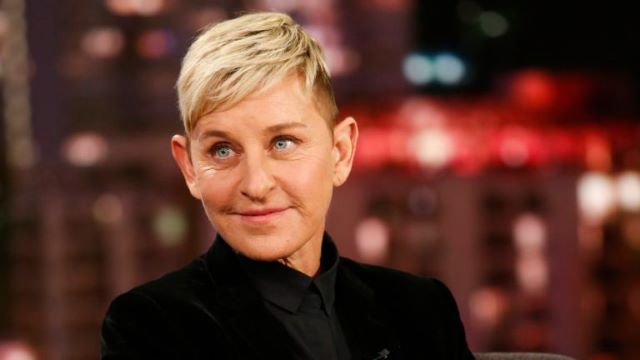 Couldn’t happen to a nicer person.

The stories that came out about Ellen last year were so awful and created such a backlash that many were surprised that she even returned for an 18th season of ‘The Ellen DeGeneres Show’ in September.

The comeback episode was a huge success – picking up the highest ratings for an ‘Ellen’ premiere in 4 years as viewers tuned in to hear her apology. Since then however, the ratings have dipped massively. In fact ‘Ellen’ has lost more than a million viewers since September, averaging 1.5 million viewers over the last six months, down from 2.6 million in the same period last year.

The loss of more than a million viewers since September translates to a 43% decline for “The Ellen DeGeneres Show,” representing a steeper drop than any of its competitors. https://t.co/E8V7MDxS5C pic.twitter.com/xAttEAvp6j

That translates to a 43% decline and as you can see above she is getting battered by ‘Dr. Phil’ and ‘Live With Kelly And Ryan’, and even ‘The Kelly Clarkson’ show is catching her up. Even the show headed by Jerry Springer’s old security guard Steve Wilkos isn’t too far behind with 1.1 million viewers! Which must be pretty devastating for Ellen considering she was once the Queen of American talk shows.

Let this be a lesson to us all. You can be unbelievably rich and famous and/or at the peak of your profession but you better know how to treat people with respect otherwise it can all come crashing down in no time. Especially when you’re someone who bangs on about #bekind and all the while are responsible for a toxic workplace environment where people are literally too scared to look at you.

Or maybe the problem was that Ellen had more than 2 million viewers in the first place? I mean maybe someone like Oprah or Graham Norton could get away with treating people like crap because they’re so good at what they do, but Ellen? I’m not sure she’s ever been good enough to to be able to get away with walking all over people. And now since her behaviour has been exposed it’s been driving away viewers and advertisers and costing her and her network millions. Couldn’t happen to a nicer person.

For the former Ellen staffer who claims Ellen would ‘lay traps’ for staff and ‘took pleasure’ in firing them, click HERE.