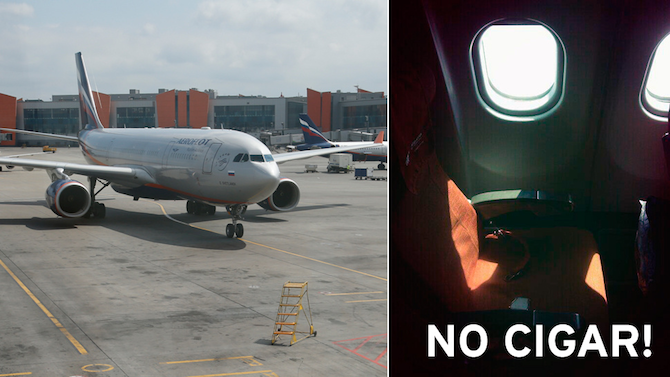 Edward Snowden got the drop on everyone who is chasing him again when he didn’t turn up for a flight loads of people thought he was going to be on.

We haven’t really covered much about the manhunt surrounding NSA whistleblower Edward Snowden aside from this article Niko did about whether or not it was fair that the government had access to our data. I don’t know why we haven’t mentioned it more because it’s a pretty big story and pretty entertaining, but there you go, I guess sometimes these things just fall through the cracks.

Anyway, it really cranked up today and Edward Snowden again proved what a badass he was by completely trolling all the journalists that are so eager to track him down and have a word with him for their ‘exclusive’ story. In case you haven’t been following the saga, Snowden made his way into Russia from China over the weekend and is trying to make his way to Ecuador where he hopes to claim political asylum from the US who are seeking to extradite him back over there and put him on trial for leaking all those NSA secrets.

Snowden was hoping to get a plane out of Moscow and over to Havana in Cuba on his way to Ecuador. The Russian media yesterday reported that he had arrived at Sheremetyevo airport in Moscow and was staying within the airport whilst he waited for his flight which meant that Russia weren’t technically granting him asylum or anything, even though he was pretty much in their country.

As soon as the Russian media reported that Snowden had flown into Sheremetyevo airport yesterday, a bunch of journalists flocked there trying to find him. When the media again reported that Snowden had booked a flight on Aeroflot Flight 180 to Havana Cuba, a bunch of them also bought tickets on the same flight, hoping that they would finally be able to get a hold of him. Only to be faced with this: 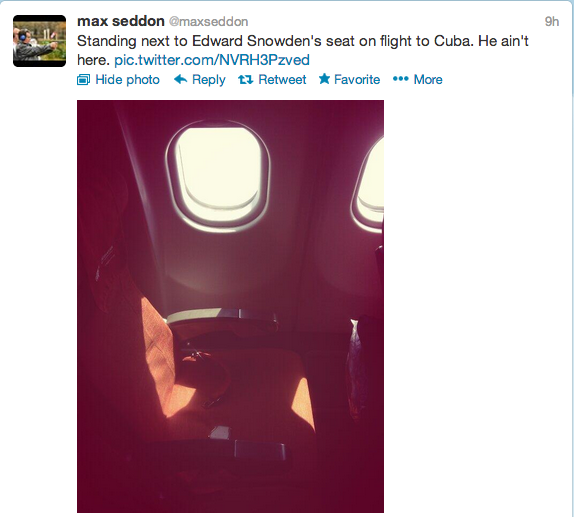 Of course, he didn’t show up, and now all those journalists face a twelve hour flight to Havana trapped with a bunch of other journalists. Also for some reason they can’t even drink alcohol on the flight because that company stopped serving booze on flights to Havana back in 2010. I’m not really sure why but that just makes the whole thing even funnier. Although not as funny as the fact that Havana has some really weird laws which means they have to stay there for at least three days before they can leave.

To be fair I guess that means essentially Snowden just got a bunch of journalists a holiday in Havana, but they’re probably still pretty annoyed that they got trolled so hard in the first place and have to go over there when they would probably rather be working. Seriously though, they can’t all have believed that Snowden would have actually got on a plane that everyone in the mainstream media was announcing that he was going to get on? I mean clearly the guy isn’t stupid, and if anyone had ever seen a movie or a TV show it’s pretty obvious that he was using that as a decoy while he slipped away on another plane. I mean it’s pretty obvious right guys?

As of now Snowden’s whereabouts are still unknown but hopefully he’ll turn up soon. I’m still trying to figure out why this plane route from Moscow to Havana even exists though when there were so few people booked on it yesterday that ‘dozens’ of journalists could book seats on it yesterday. Weird huh?