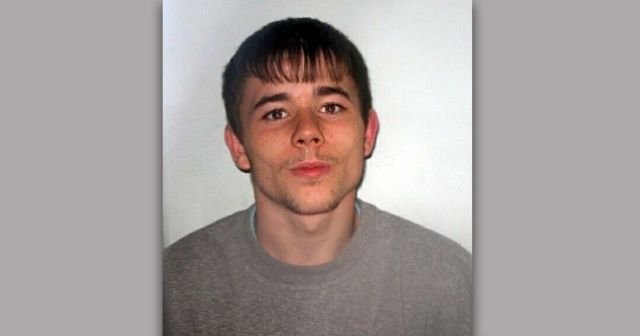 A man who was in hospital after being run over in the street ended up needing further treatment when an X-ray showed a mobile phone shoved up his backside.

Tommy Puhlhoffer, 32, was suffering from serious injuries after he was run over in September this year. As he was being X-rayed, the radiologist spotted the unusual foreign object. Suspecting it had been stolen, doctors at King’s College Hospital notified the police.

According to Metro, career criminal Puhlhoffer yelled racial abuse from his hospital bed at the Asian police officers who came to investigate, calling one a “lankey c*nt” and yelling:

You’re a Muslim terrorist. Don’t stand by the window you’ll blow it up.

Describing how Puhlhoffer was caught for his latest offences, prosecutor Denise Murrin said:

When an X-ray revealed something concealed in his rectum he was arrested on suspicion of theft.

He tried to leave the bed and the defendant said he would kick the officer and would show him what would happen if someone touched him.

Indeed, this guy was an utter nightmare to deal with. Puhlhoffer scratched and dug his teeth into the officer’s left hand twice and threatened to infect him with HIV.

His teeth touched his hands on two occasions.

There was blood dripping from the officer’s his left hand. He went to the bathroom and washed his hands with cold water.

The defendant had made threats that he was HIV positive. ‘He said, “I’ve got HIV. I’ve got AIDS.”

Last thing you want to hear from some chavvy lowlife who’s just bitten into you. Puhlhoffer lashed out twice more after being transferred to another hospital for leg surgery. On one occassion, this happened:

He grabbed the blood and began throwing it at the officer.

He then fainted on the floor.

He was asked about the racial comment made to the officers and he said in interview he wasn’t racist and said he was a Muslim himself and had been so for 10 years.

He said he didn’t recall anything because he had a mental breakdown.

Huh, well ain’t that a plot twist (if true). Tommy Puhlhoffer can’t have yelled racial abuse because he’s been a Muslim for the last 10 years. If he was being a racist, it happened during a mental blackout so you can’t really hold him responsible for it. Pretty convenient.

Puhlhoffer was previously jailed for seven years in 2009 for a series of street robberies, then given another three years in 2015 for a knifepoint mugging and a bag snatch.

On 4 September you were in hospital after what appears to be a deliberate running down.

A number of police officers were with you in hospital.

An object was found concealed in your body.

You became extremely aggressive and abusive in particular against officer PC Chahal.

You dug your fingernails into his hand, breaking the skin.

He was in court over a number of offences, including a police chase in February when he was caught stealing a black Volvo and in possession of a knife. He admitted three counts of harassment and seven counts of assault by beating an emergency worker. He also admitted theft, dangerous driving, driving without insurance, possessing a bladed article and breaching of a suspended sentence. Jesus pal save some criminality for the rest of us.

In the end,  Puhlhoffer was sent to jail for three years and ordered to pay a victim surcharge of £190. Reckon this’ll be the stint where he cleans his act up? Given his history, I’m not so sure. But here’s hoping!

The owner of the phone has not been traced and no-one has come forward to claim it. Probably for the best considering where it’s been.

For the kitchen porter impaled up the backside with a broom after a chef’s prank went horrifically wrong, click HERE. Oof.