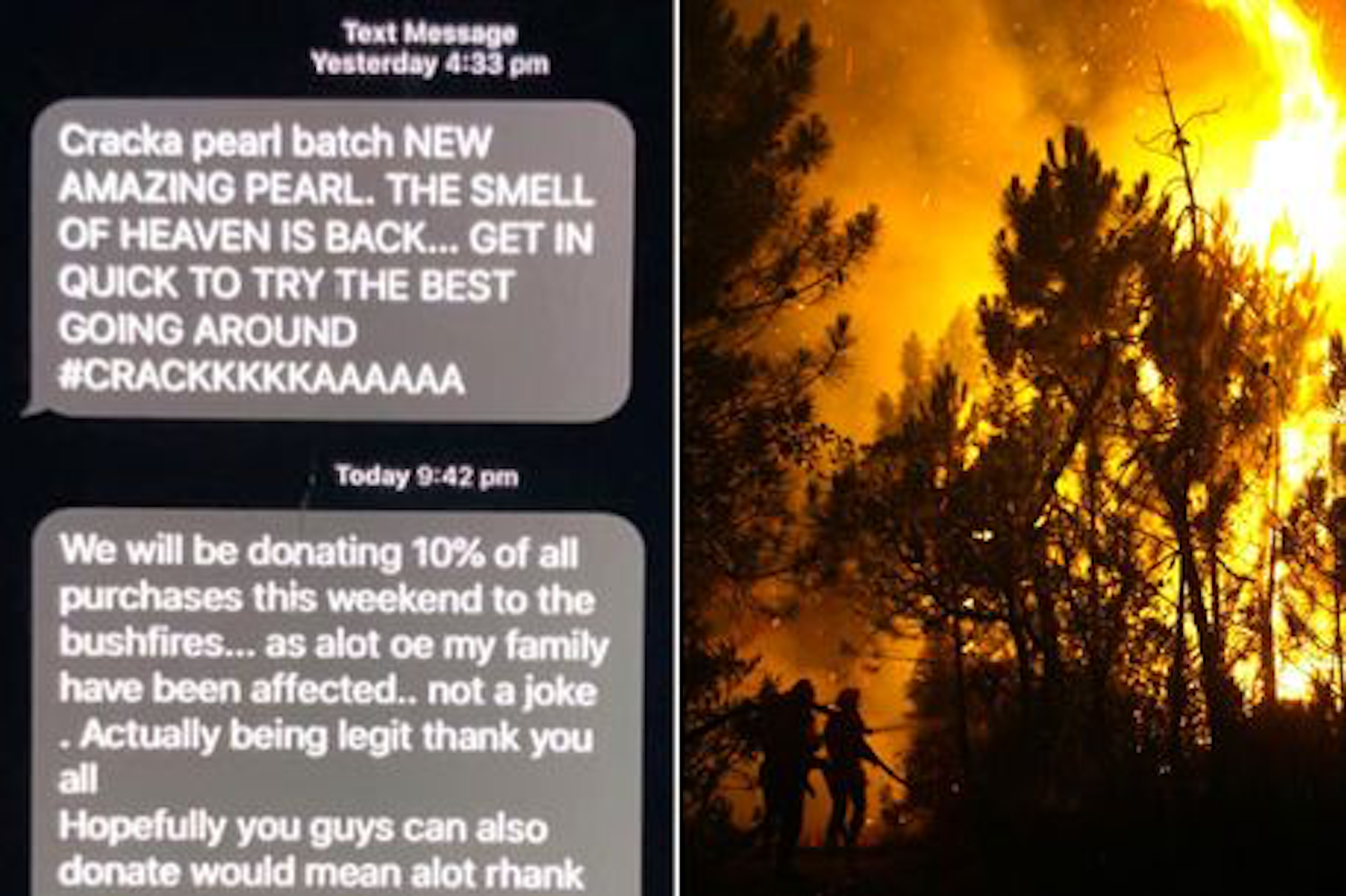 Everyone’s getting in on it.

We’ve been inundated with news about the Australian bushfire debacle in the past week and all the celebrities that are encouraging you to donate money to help out as well as stumping up a load of money themselves, so it makes sense that the little guys would be getting involved with that kind of sales pitch as well.

And by the little guys, I mean your local drug dealer. Everyone is probably aware of the flash text that you get sent announcing that someone you’ve never met with a weird name as a load of spicy food or fresh flowers in at great prices, but I doubt any of us have ever seen one where they’re pledging to give 10% of the profit to Australian bushfire victims. Here’s a screenshot of the message in question: 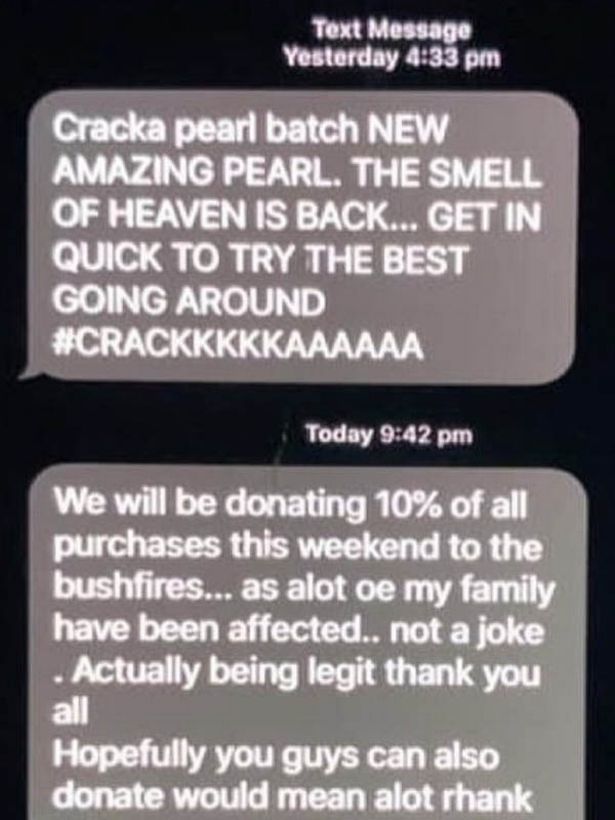 Lol. See what I mean about the stupid message at the top right? Get those things from unsolicited numbers all the time and literally have no idea.

Anyway, it’s kind of funny how he has to say that he’s not actually joking about the fact he’s going to donate 10% of the profits to actually convince people act it’s true. Not really sure if I believe him anyway, but I appreciate him breaking character at least to try and get people on board. Whilst you’re here, maybe throw the wildfire effort some bones yourself.

For more of the same, check out this club drug dealer giving you the lowdown on his operation. Thanks for that pal.,