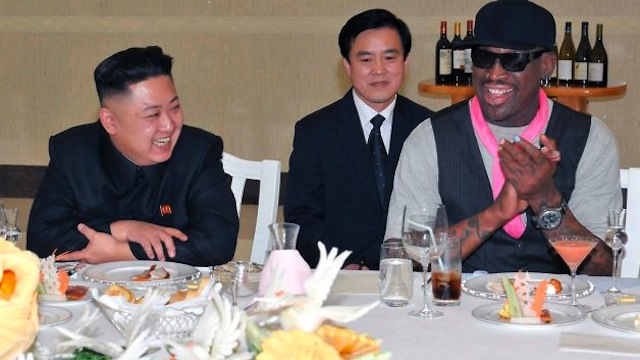 Dennis Rodman enjoyed his trip to North Korea so much that he’s gone back for another visit. What will he and Kim Jong Un get up to this time?

Dennis Rodman had such a good time during his last trip to North Korea that he’s now gone back for 5 days to kick it with his pal Kim Jong Un. Will he be trying his hand at any humanitarianism while out there? 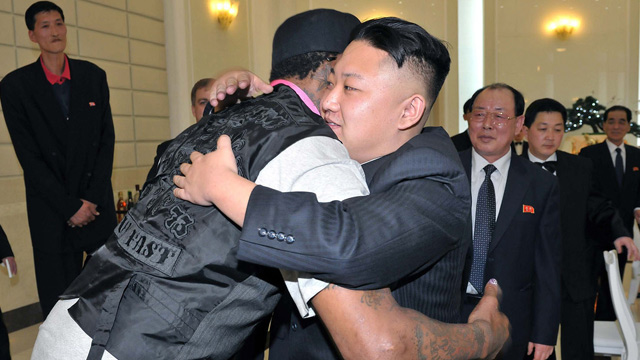 “I’m not going to North Korea to discuss freeing Kenneth Bae,” Rodman said. “I’m just trying to go over there to meet my friend Kim, the Marshal. Try to start a basketball league over there, something like that.”

“I’m not a diplomat”, he continued. “(But) if the Marshal says, ‘Dennis, you know, do you want me to let him loose?’ and then if I actually got him loose — and I’m just saying this out the blue — I’d be the most powerful guy in the world.” 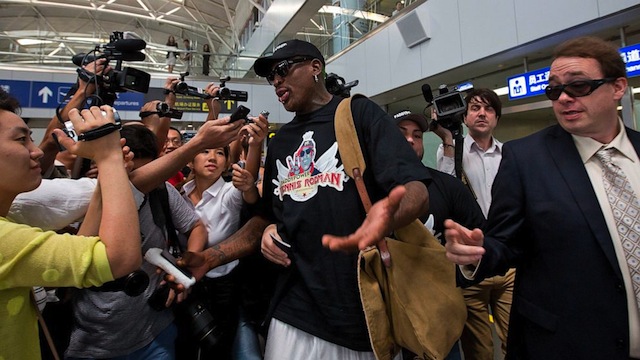 What a joker. Hey guys, I’m going back to North Korea, not to help all the starving people or to help free the dude that’s being wrongfully detained, none of that lame stuff. I’m just going to kick back with my bro Kim and start a basketball league with some vertically-challenged Koreans, maybe eat some sushi as well, get super drunk, maybe shag some of Kim’s kidnapped teenage virgins. Oh what? You’ve got problem with that? Well you’re an idiot because I’m clearly not a diplomat, I’m just a dude who likes to chill with insane dictators who are gay for me because their technology is so far in the past that they think I’m still the sickest guy in the NBA. So yeah if you’re mad at that then you’re a moron. It’s just a bit of famine anyway, what’s all the fuss?