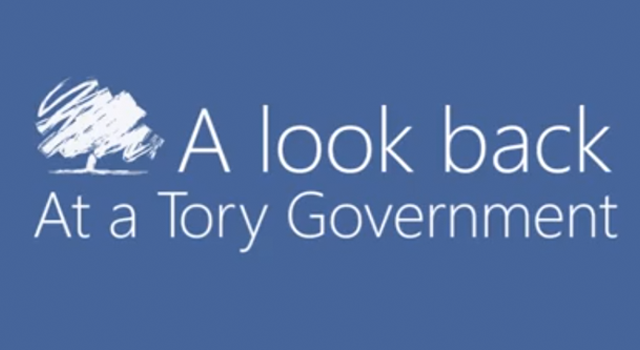 Ooh, nothing like a bit of political burn! Especially when there’s better things to be doing.

Ooh, nothing like a bit of political burn! Especially when there’s better things to be doing. It’s my favourite kind of burn. Big up the Labour Marketing team, you guys are the only department I’ve seen pumping out work into the public domain. Much like the Breaking Bad Walter White video we posted last week, the out of action part of our blessed government is eager to show how down with the kids and masses they are by hopping on the viral bandwagon to shame the tories with a reminder of all the shit they’ve put us through since power.

I can only hate a bit, since the fact someone in the politics arena knows what Facebook is, let alone that it’s reached it’s 10th birthday is a much better position to be in than a prime minister who doesn’t know the price of bread due to spending all his spare time pouring artisan flour into his breadmaker. We need more Rob Fords in the world, representing the social underbelly crevices as much as we need a beacon for the estranged old school friend who keeps bumping their own ‘Look Back’ video to the top of your feed with comments like “haha omg, I know right?!” and “@personwholikeditwithoutcommenting LOL knew u would love it!”.

The video below instead features a myriad of most disliked moments and as expected, it’s not desperately funny. But it’s still worth a watch because such is the nature of our digital lives – to consume and share shit as if faeces has any nutritional value: