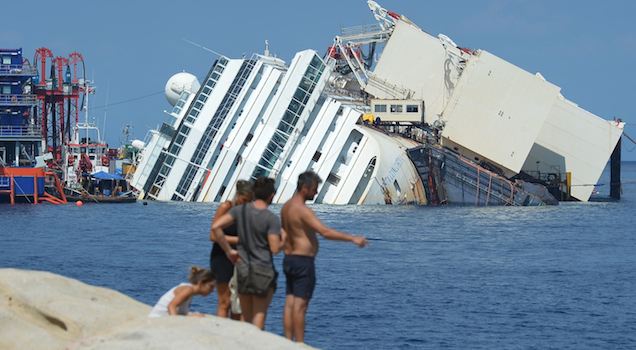 Since it capsized over 18 months ago, the Costa Concordia – one of the biggest cruise liners in the world – has simply lay on its side in the Mediterranean. Now it’s time to move it and you can watch the biggest salvage operation ever live.

If you’ve got nothing better to do today then you can watch a live feed of one of the biggest and most complicated maritime salvage operations in history, as engineers desperately try and lift the wreck of the Costa Concordia ocean liner from its watery grave.

In case you can’t remember as far back as 2012, then the Costa Concordia disaster was one of the biggest news stories of the year. It hit a bunch of rocks just offshore of the island of Giglio after veering sharply towards the island in an act of bravado allegedly ordered by Captain Francesco Schettino.

This tore a 50m hole in the port side of the ship which immediately led to the flooding of the engine room and a loss of power to its propulsion and electrical system. It drifted towards the island and slowly teetered onto its starboard side just 500m north of the village of Giglio Porto and was ordered to be evacuated. 32 people on board the ship died during the incident, although the majority of the 3300 passengers and 1000 crew made it out.

Schettino is currently on trial for his part in the crash but is already seen as one of the most hated men in Italy for his role in the disaster, which included evacuating himself from the ship before all passengers were safely off it as it sank. Four other crew members and the head of ship owner Costa Cociere’s crisis unit have already been handed short jail sentences this year for their role in the incident but Schettino is expected to receive a heftier sentence. 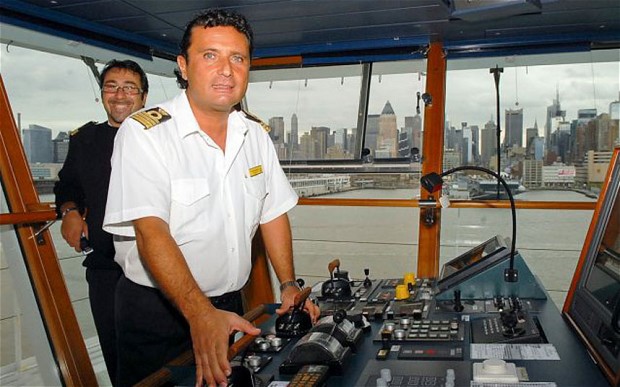 The Costa Concordia has remained in the same position – capsized off the coast of Giglio Island – since January last year. Until today and the beginning of this salvage operation. As the day has progressed the liner has gradually started to move upright and it has now been lifted upright by roughly a metre. It’s hoped that it will be concluded later today with the ship fully upright.

The salvage operation is the biggest ever undertaken in history and is expected to last more than 12 hours. It’s already cost 600 million euros and is expected to exceed a billion by the time it is finally over. Even after it is (hopefully) upturned later today, it will still be left sitting off the coast of Giglio until spring when the winter storms have passed. It will then be towed away and cut up for scrap.

Here’s a useful graphic that explains fully the science behind the operation and what exactly is going to happen during it: 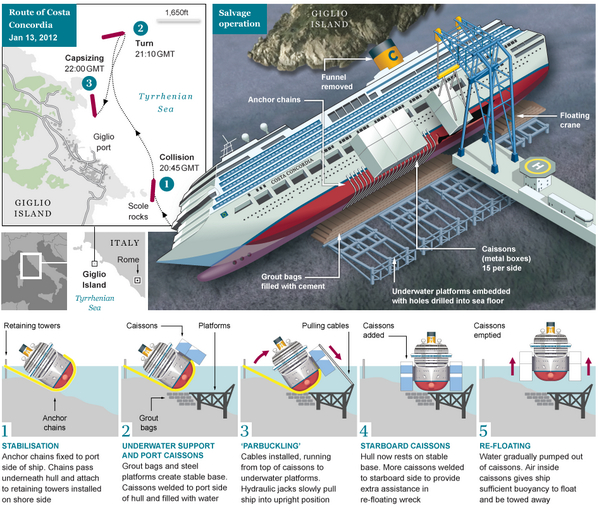 There are several concerns revolving around the operation. Firstly, salvage workers are worried that the weakened hull of the ship will not be able to withstand the pressure that it will be under as it is winched up. As an operation as big as this has never taken place before, everything to do with it is theoretical so there is literally no way of accurately predicting what will happen. 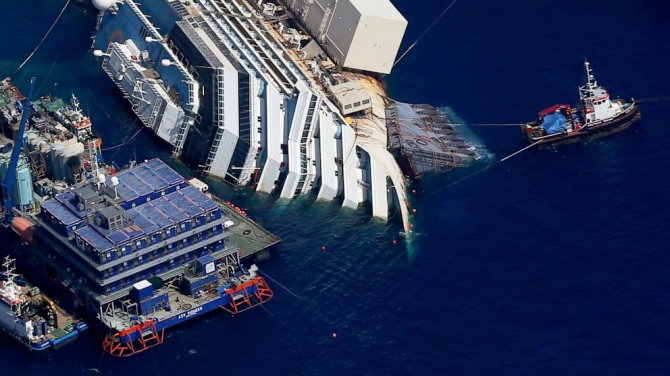 Experts have ruled out the possibility of the hull splitting after they ran the numbers, but I’m not so sure if they can completely discount this as they’ve freely admitted that they’re unsure how the hull will react to all this pressure. Obviously I’m no expert in these kinds of calculations but if they don’t know what’s going to happen, then they don’t know what’s going to happen and if they’re concerned about the pressure it seems as though the hull might at least crack or something. You might wanna keep your eyes peeled to the live stream below as that would definitely be something worth seeing, although it would completely screw everyone over so it wouldn’t actually be that good if that did happen. 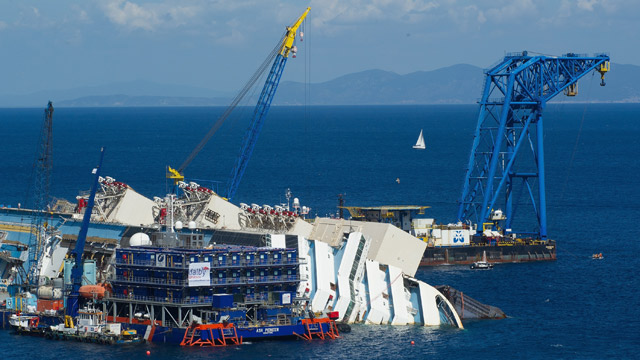 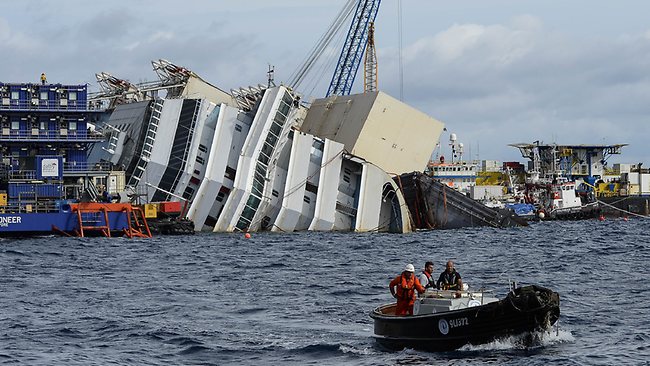 A marine biology professor working on the project called Giandomenico Ardizzone estimated there would be roughly 29,000 tons of waste dumped into the sea, but that none of it would be toxic enough to cause any actual permanent damage in the sea. Again though, this is all theoretical and it hasn’t stopped environmentalists raising their concerns about the potential damage that this waste could cause.

Nobody really knows exactly what is going to go down with this operation – hopefully it will all go smoothly but admittedly it would be more entertaining/interesting if something did go wrong. Either way it’s going to be pretty impressive whatever happens so that live feed might be worth having on in the background all day today. Or just wait for the inevitable time lapse video that will pop up in a couple of days.