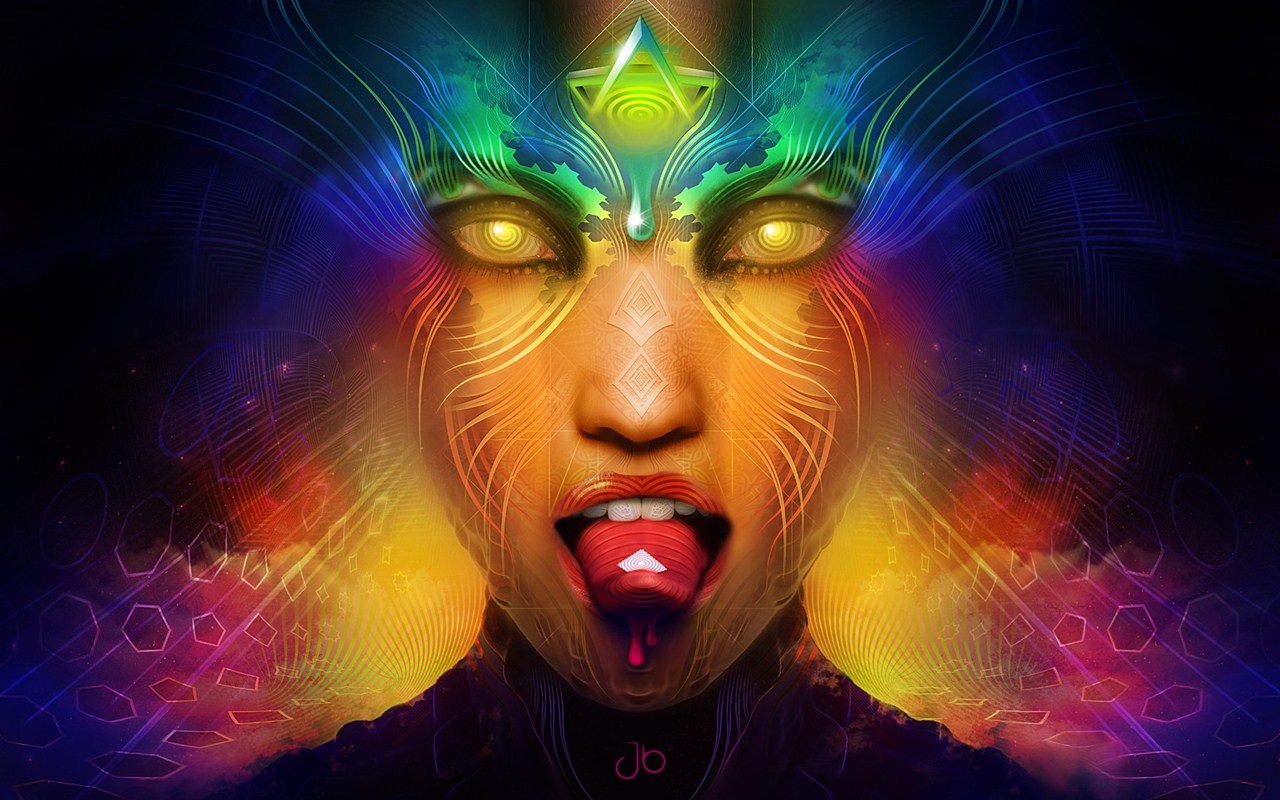 An artist has put together a time-lapse video of him painting while high on acid. The result is incredible.

Acid. An amazing drug that booms your creativity to new heights or a drug that’s a complete mindfuck? Well, it’s a bitta both init. I’m guessing that a lotta Sick Chirpse readers have indulged in a trip or five and you’ll agree that when the acid kicks in it opens up your insides, dribbles them out of your eyeballs, drags you into the sky by your cartilage and veins and throws you into a hole in the clouds where a whole new world of your mind’s darkest, weirdest and creepiest shadows lurch and stumble around, waiting, just waiting patiently to thump your body and soul into a kaleidoscope dimension.

â˜› Like This Dimension: Brighton Resident Reports Finding Vortex To Another Dimension With Giant Snake Emerging From It

It’s a cracking drug, though, and is possibly my most favoured recreational friend. If you’ve never tried it then you’re missing out on something pretty special, like a Golden Wonder Inferno Chili pot noodle, but I’m not gonna force the use of it on you because I don’t wanna be responsible for a bad trip and I don’t want your parents knocking at my door, scolding me because they found you drawing Bruce Forsyth on your bedroom walls, using Wotsits as your sketching aid. If you’re interested in trying it, though, it’ll open up a whole new alley in your tethered and precious mind and you’ll be more educated than ever before.

â˜› An Acid Trip Gone Wrong: The Almighty Loaf Is Worse Than Any Acid Experience

Acid, as I mentioned earlier, is an amazing way to access your creativity. Burroughs was an avid fan of the stuff and if you’ve ever read Naked Lunch, you’ll know that the acid he had was some top-quality shit. While on acid, you’ll think up awesome, bizarre, mesmerising and downright weird material that you’d never have come up with if acid wasn’t pulsing around your body. And, because of that, acid is a popular drug for writers, artists, photographers, film-makers and for people who work in the creative industries, in general.

â˜› This Is For You Creatives: Bombay Sapphire Presents The Imagination Series Film Competition

And this is an example of that. Michael Berzsenyi (yeah, I’ve no idea how to pronounce the surname either) is an artist who has used acid to make the most of his creativity and worked on a painting while he was under the influence of acid. He filmed the process, edited it into a time-lapse video and posted it into the world’s eye – YouTube. The painting is incredible and is pretty much an advert for the use of acid while undertaking creative duties. The song ain’t bad, either. Michael, if you’re reading this, send over a print or something to Sick Chirpse.