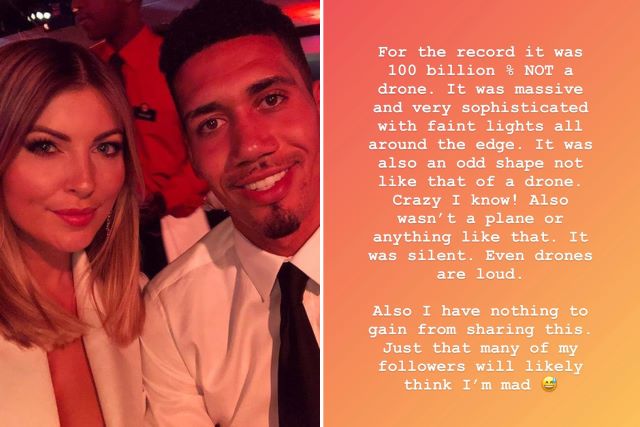 Former Man United star and current Roma player Chris Smalling is convinced he and his wife spotted a UFO in Jamaica while on holiday enjoying the off-season. 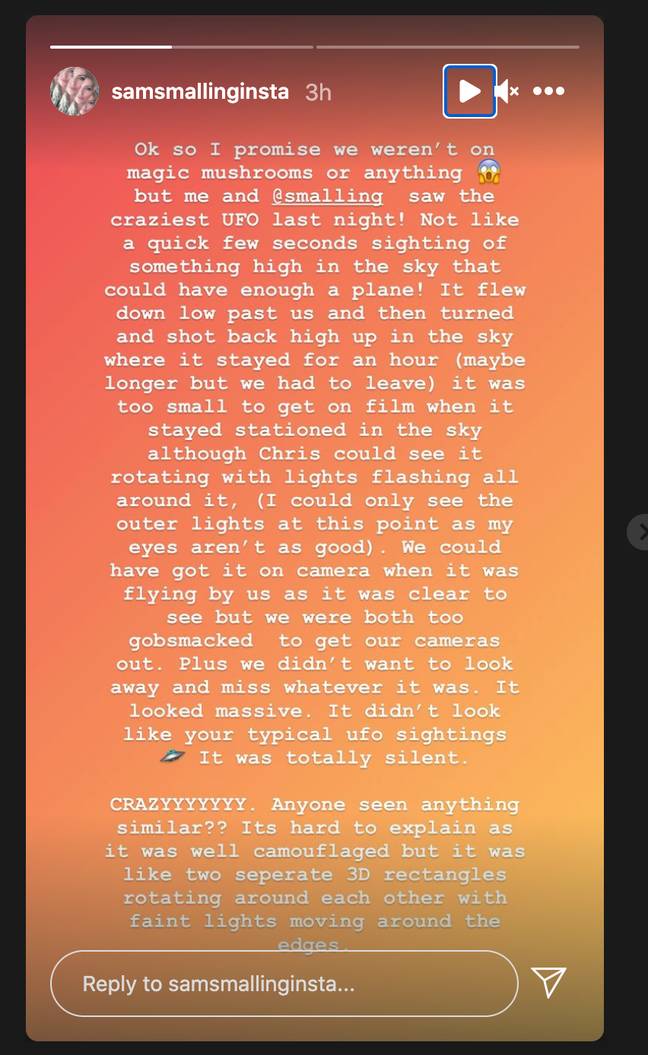 Hmm. Definitely sounds like aliens to me. Could it have been a drone, by any chance? Well Sam considered that and the answer is “no”… 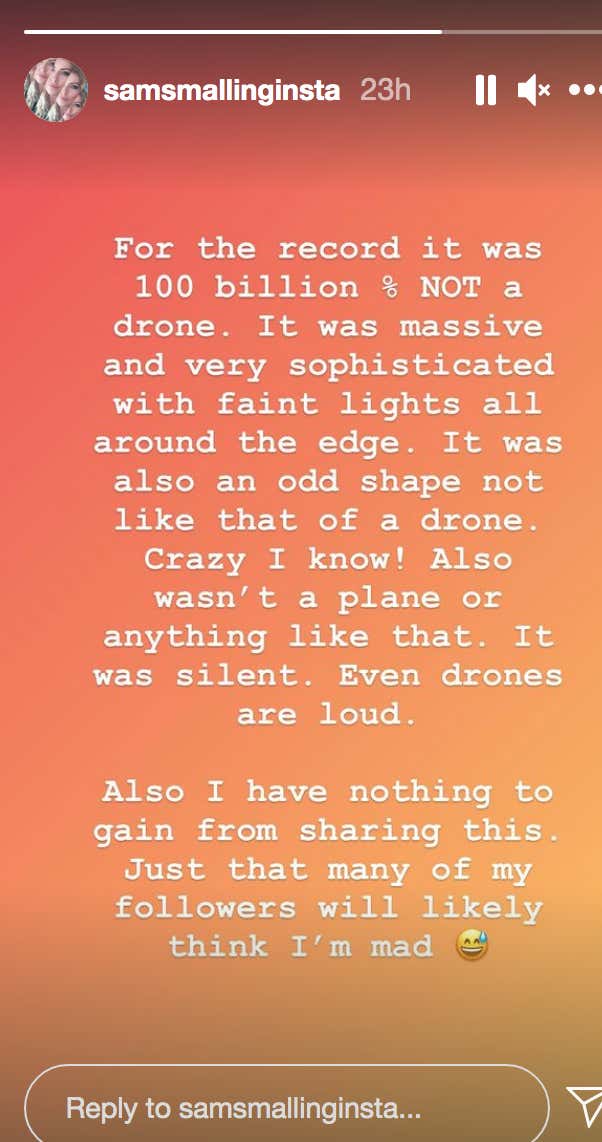 It makes sense I suppose. I mean if you were an alien flying around in a UFO, wouldn’t you want to go somewhere cool and tropical like Jamaica? I mean you’re hardly going to go to Birmingham or somewhere are you? Hit a Caribbean beach, grab a drink by the water, soak in some rays. Aliens are notoriously smart – way smarter than us.

Can we even make fun of Chris & Sam or call them crazy at this point? After all, everyone and their mothers have claimed to see a UFO. Everyday people claim to see them. UFC legend Diego Sanchez saw one. Miley Cyrus saw one. Tom DeLonge has seen a few. Maradona was even kidnapped by a UFO once. It’s barely even big news when someone sees a UFO these days because it’s just so common. So if Chris Smalling & his lovely wife Sam claim they saw a UFO in Jamaica, then they saw a UFO in Jamaica. Case closed. 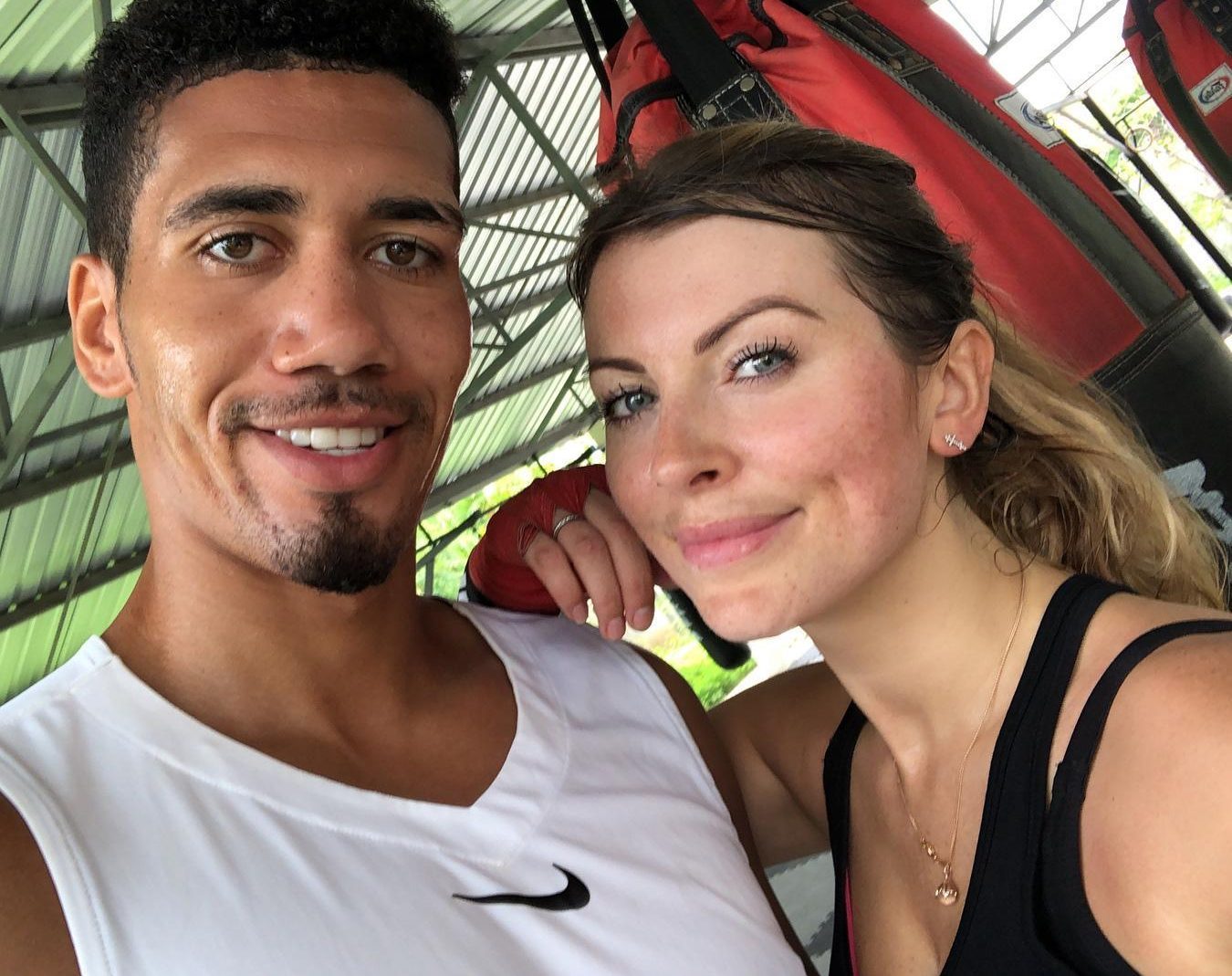 Barack Obama even recently confirmed that aliens are 100% real but he’s not allowed to tell us about them. What a spoilsport.