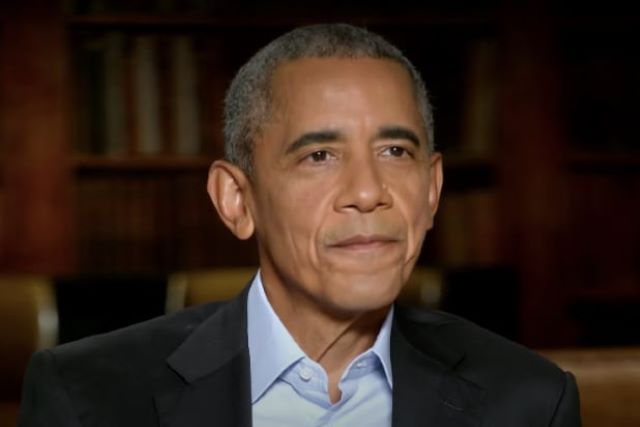 We live in a 13 billion year old universe with approx 150 billion galaxies made up of billions more solar systems and planets. As a betting man, you’d be a moron to think other life forms don’t exist, or to rule out that they’ve visited Earth.

One person who might have the definitive answer to all this is Barack Obama, who recently admitted there are things he knows about aliens that he “can’t tell” us.

The former US President said this during an appearance on ‘The Late Late Show with James Corden’:

When it comes to aliens, there’s some things I just can’t tell you on air.

He was asked if there was a secret lab he needed to know about that was hiding alien information when he entered the White House in 2009.

When I came into office, I asked, is there the lab somewhere where we’re keeping the alien specimens and spaceship?

They did a little bit of research and the answer is no, but what is true and I’m actually being serious here, is there are, there’s footage and records of objects in the skies that we don’t know exactly what they are.

Obama added that investigations are being conducted into these sightings, but there is “nothing to report” at the moment.

So he’s basically said there’s footage of UFOs out there, which everyone already knew about. Would love to think these UFOs are aliens from another galaxy, but what if most of these sightings are something really anticlimactic like drones from different countries spying on each other? Still, it’s wild to think what could be possible in terms of what might have been discovered about alien life at the highest level. What about the information Obama’s not telling us?

Maybe Biden will let something slip during one of his press conferences. Until then, I guess we’ve got to listen out for people like Bob Lazar:

For the woman who claims she was abducted by aliens who took selfies on her phone, click HERE. She’s even got the photos.