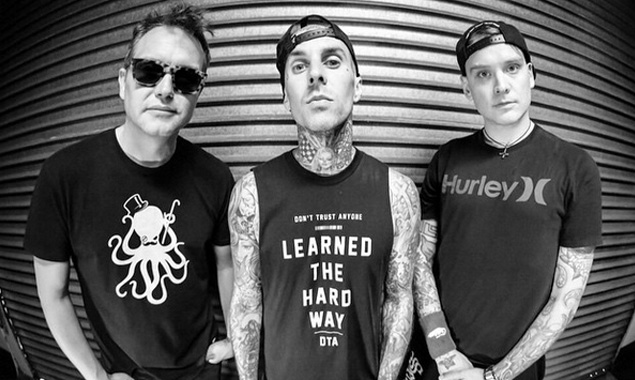 I take it all back – this is actually really good.

Ever since it was announced that Tom DeLonge had been kicked out of Blink 182 and Matt Skiba had been roped into replace them, I’ve been questioning whether it was a good idea and if Blink 182 with Matt Skiba singing and playing guitar is going to work considering how Matt usually sings and plays guitar. Well today I’m glad to hold up my hands on and say that I was wrong and shouldn’t have been worried at all.

Blink 182 W/ Matt Skiba played a ‘secret’ show at the Roxy in LA last night with A Day To Remember to warm up for their festival appearance over the weekend and were surprisingly good. Sure, Matt Skiba does sound different to Tom DeLonge (and the sound quality doesn’t help), but nowhere near as bad as I thought he would and he is actually changing his singing style to emulate Tom. Whilst he isn’t exactly nailing it, it’s certainly more than a passable imitation, although he does croon a bit on All The Small Things which is a bit weird.

Overall the whole thing is just SO much better than a Blink show in terms of the guitar playing, sound, timing, harmonies and singing that I can’t believe anyone was actually upset when it was announced that Tom DeLonge was leaving. Sure, you don’t have his voice singing the songs anymore but in terms of an actual performance it’s pretty much impeccable for once. I mean compare it to this Blink 182 performance and you’ll see what I mean. It’s also cool that they played Dysentary Gary and some other old songs too and especially cool that they played faster than usual which any true Blink fan is going to love.

Fair play to all involved and long may it continue. It must really suck to be Tom DeLonge right now because his new song sounded like balls compared to this. Scroll through the slideshow for a bunch of different songs.