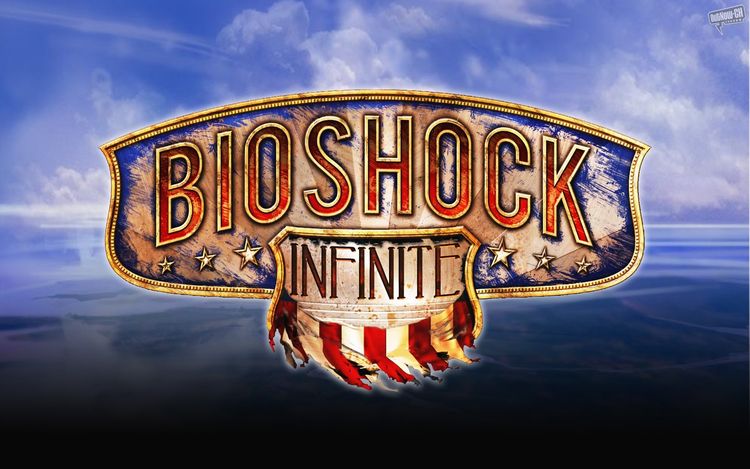 Sick Chirpse had another six hours spare so tested out the mind bendingly awesome Bioshock Infinite. 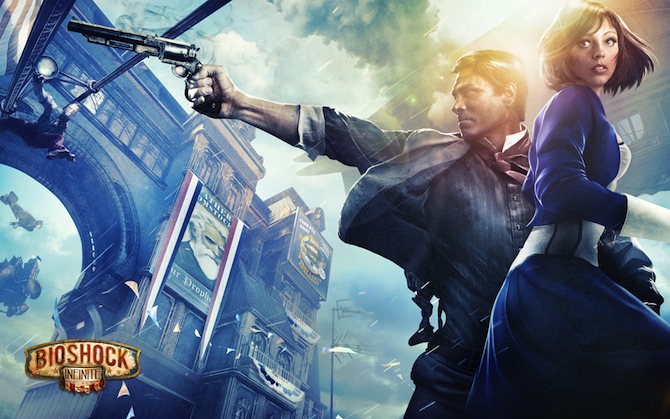 To be honest I’ve been waiting for this. I have been waiting to play this game longer than I’ve been bothered to review them. I think I’ve said before that games are like good books, and to be honest, the one man army wading in to save the world doesn’t quite cut it any more. There needs to be a bit of flair, a bit of panache, a bit of je ne sais quoi that makes it stand out. I had watched the trailers for Infinite, and I was slightly worried. When I bought the game the cover was a guy holding a shotgun, not the best start.

After I took the game home, I realised it had a reversible, much better cover and I was put at ease. I didn’t play Bioshock 2, I’d heard rumours and to be honest I wanted nothing to taint my experience of Bioshock. Bioshock was hands down the tensest, most thrilling, exciting and exceptional story telling in a game, I have ever played. It could throw down in literally any genre. It even managed to scare me more than most horror games just by utilising its creepy atmosphere. The first 10 minutes of the game were insane. Plane crash. Lighthouse. Bathysphere. Win. If you haven’t played Bioshock put down COD, realise that you’ve played through the same tiny map and you’ve been  killed and squatted on more times than you can remember and pick up what gaming should be. By the way this is Anna she likes cosplay. 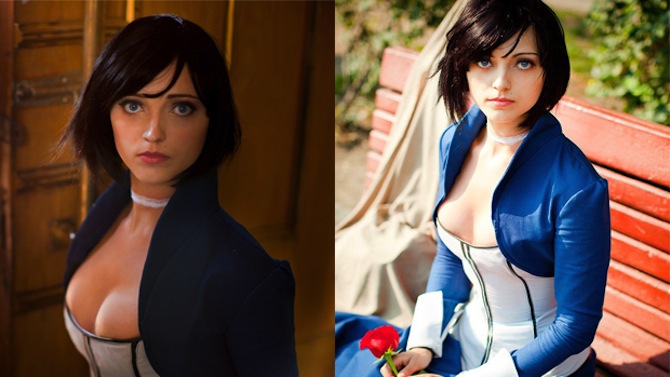 The first thing that I enjoyed as soon as I started playing was that the developers deliberately tried to make you draw similarities between this and the first game and then completely destroyed them. In Bioshock you turn up in a ruined underwater city with some maniac trying to wreck your tub and as soon as you exit you’re tense, frightened, it’s dark and there’s destroyed shit everywhere, and somewhere in all this chaos is a hidden psycho. In Infinite you get taken to a city of clouds and are presented with what can only be the complete opposite of everything Bioshock attempted to achieve. You are calm, relaxed, there is even gospel music. You arrive in a populated, cheery, version of good ol’ Americana and you can’t help but enjoy all the friendly people and music happening around you. It plays on this the whole way through the game and needless to say as things progress, its a one way ticket to shitsville from here on in. 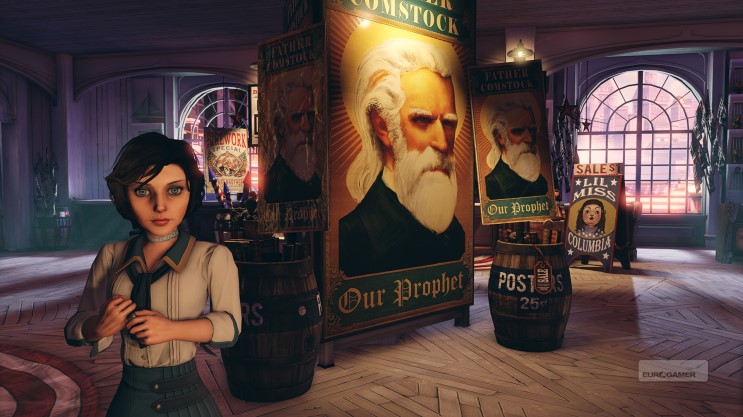 The story line is pretty old hat; rescue a beautiful woman from a tower. Standard heroing 101, Mario could do it and has been consistently for 20 years. It’s the little things that made me enjoy Infinite, the story line is what carries and probably sells this game but the little stores, the people and the jokes is what makes this game exceptional. I have criticised games for being short in the past, but this game is short in a good way. It somehow manages to fit all the content and story into this vast floating city without the gameplay or the characters suffering.  The theme of the game goes from patriotic utopia, to a kind of masked beauty, to creepy and towards the end downright terrifying. And if the story can’t sell this game, the action and the ability to circle most fights via the skylines (essentially a rollercoaster) is the innovation that makes this a must have game. The game has a moral choice system, but from playing through the game twice, it doesn’t exactly detract from the story line and you shouldn’t worry about it. And if that doesn’t sell it, fighting a giant mechanised George Washington with a crank gun is something all patriots should experience. I don’t want to say anymore. Play this game.

A few criticisms of the game just to make it feel like a review and not constant praise, I would have preferred it if the main character Booker Dewitt (stupid name) was an old man, just to give it a bit of a True Grit kind of vibe. Also the game goes for a more cartoon, almost anime style which although it’s their style, it seems to detract from the high detail that’s gone into the buildings. Elizabeth (the woman you are tasked with rescuing) is handy, the developers tried hard to make her helpful and not a burden and for the most part this works. She usually throws you ammo or health if you’re in trouble, but can also help by creating barriers and weapons; although these often impair your vision which can be frustrating.

One of my main issues is the collectable stuff; games seem to be making a point nowadays of how much stuff should be in a game. If you are a hoarder or have a lot of time on your hands, then enjoy. But to be honest, I wish there was less stuff, so I wasn’t worried about missing an interesting recording or an Easter egg etc. Infinite also doesn’t handle the issue of side quests very well, it seems that you get a side quest and then are given no direction on how to complete it, I finished more of them by Elizabeth pointing them out or just trying to open a door that I hadn’t opened and stumbling upon a chest or a scrawled note. The optional side quests didn’t work well and I felt most of the time it detracted from the storyline and took the pace out of the game.

This game is awesome, there isn’t enough room to tell you how good it is. Play it for the storyline alone.. It is in a sense what every game should be, unforgettable.