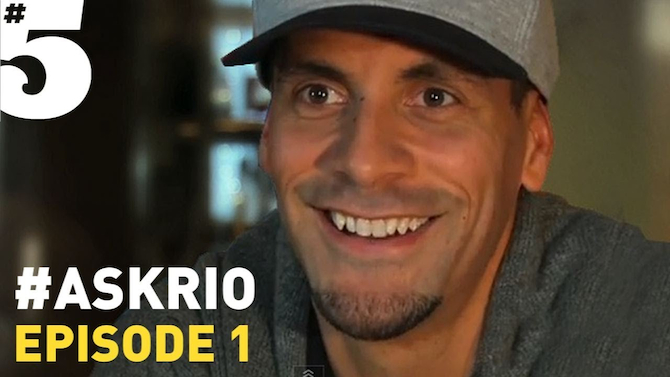 It’s not really a surprise when a Premiership star gets trolled on Twitter these days, but with Rio Ferdinand there’s obviously a lot of ammo so the trolling actually turned out to be pretty hilarious.

Manchester United launched a new Twitter account today with a Q & A session with one of their most famous tweeters, the one and only Rio Ferdinand who was answering the questions live from the Manchester United squad’s current location down under in Sydney. Wow, pretty big launch huh?

This probably shouldn’t be that surprising to anyone with a brain because whenever a celebrity does anything like this they always end up getting trolled by idiots – especially when footballers do it – but the exception with this one was that some of the tweets were actually really funny. Of course, Rio Ferdinand didn’t bother to answer any of the dumb ones but that doesn’t stop us from having a look at them and laughing our asses off. Seriously, some of them are actually really good which is surprising considering how dumb trolls normally are.

I guess there’s a lot of ammo when you’re going up against Rio Ferdinand though which means the trolling can be a bit more creative than it may have been in the past with guys like Gareth Bale. I mean there’s only so many things you can say about a boring Welsh guy like Gareth Bale compared to a guy like Rio Ferdinand who made a sex tape, missed a drug test and is known as being a notorious dickhead on and off the field, right?

Here’s a selection of some of the best tweets he came up against today. It’s hard to know whether Manchester United and their social networking team would count this as a win or not?! I mean sure, they got #AksRio trending but when all of the tweets are completely ripping him (or the vast majority) it’s hard to know if it’s positive or negative. I know there’s no such thing as bad publicity but it’s hardly that great a look is it?

#AskRio Why do your lips look like Katie Price's ruptured vagina?

#AskRio. Who is uglier. You or your brother Anton

#AskRio When you've taken drugs the day before and suddenly some drug testers turn up, what do you do?

#askrio what's biggest tab you've ran up with your dealer?

#AskRio Have you considered a career as an Anton Ferdinand impersonator after you retire?

I wonder how many people have used #AskRio in order to ask why he's a monumental dick head? I'm going for in excess of 20,000.

#AskRio …on which planet do you consider yourself an attractive member of your species?

#AskRio Are you going to be ready to host a World Cup final in less than a year?

#AskRio Do you shout out "You got merked!" during sex?

#AskRio would you sleep with ur bothers wife?

#AskRio do you use Tulisa as your dealer ?