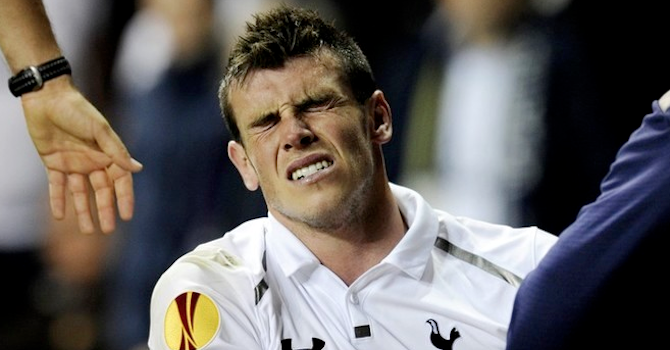 Gareth Bale is one of the hottest properties in world football at the moment. He also does look a bit like a monkey, something that he was reminded of once or twice in an ill fated Twitter Q&A yesterday.

Social media is something of a minefield for famous people. Opening oneself up to trolls, haters, and the darker side of human mentality unleashed via the anonymity afforded by the internet can be a saddening, and at times a terrifying experience. The rise of the ‘keyboard warrior’ has already been well documented thoughtfully and tactfully elsewhere, by real journalists and everything, so we will just focus on what we do best by bringing you those occasions where the results of such online encounters bring out the mega LOLs.

Gareth Bale, to his credit, has been the standout player in the Premier League this season, earning jizz-drenched reviews from the collective sports pundit fraternity. Regardless of where your particular footie loyalties lie, the lad is undeniably mesmerising to watch, and even the most ardent of Spurs fan would have to now be resigned to the fact that he will be strutting his not inconsiderable stuff for a big club before too long (BURN).

â˜› Still On A Different Planet From Bale: Lionel Messi Vs Robot Keeper

Yesterday, Gareth had a spare fifteen minutes after a ‘late lunch’ and decided to give something back to his fans by hosting a (presumably) impromptu Q&A session, dutifully hashtagged #AskBale. Here’s how it started: 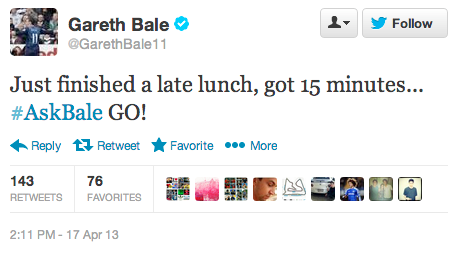 Unfortunately for dear Gareth, he seemingly forgot that Twitter – like the vast majority of the social web – is an open forum where your scribblings are visible not just to your adoring fans, but also to those who don’t like you quite so much. The thing about football is that by its very nature it polarises as much as it unites people, and for every cute girl asking you to sign her tits there will be at least a few waiting to call you a cunt and spit on your shoes. Within a few minutes of his original tweet, #AskBale had found its way to supporters of rival football clubs, who’s inquires were somewhat more mean spirited. Many focussing on how much he looks like a monkey: 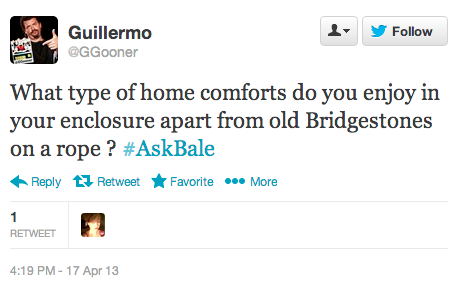 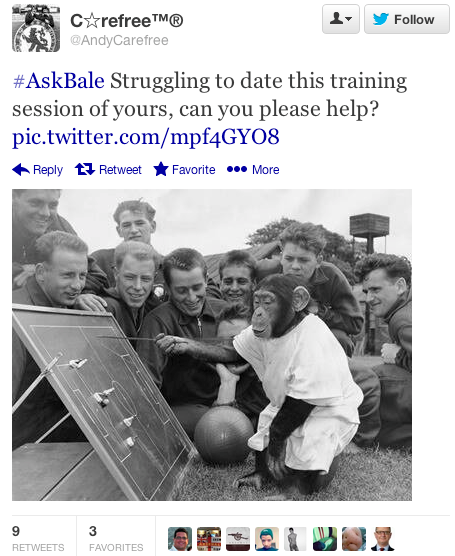 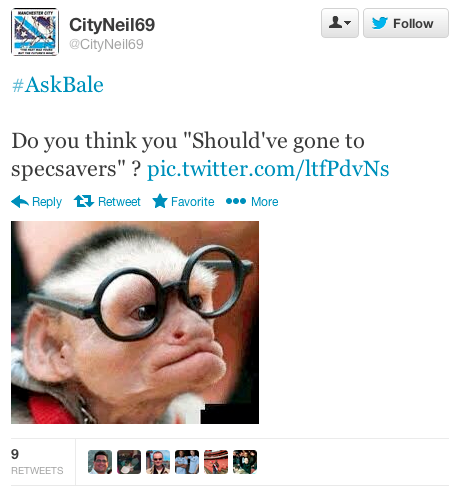 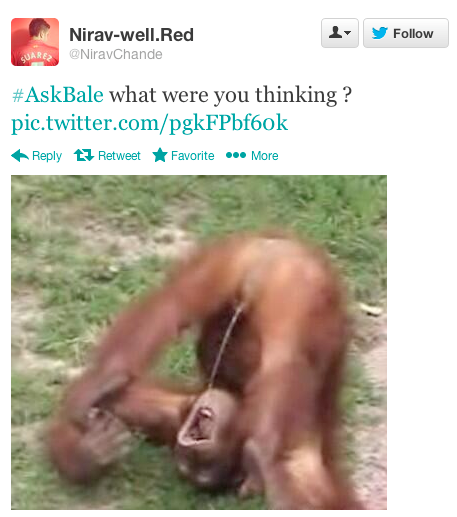 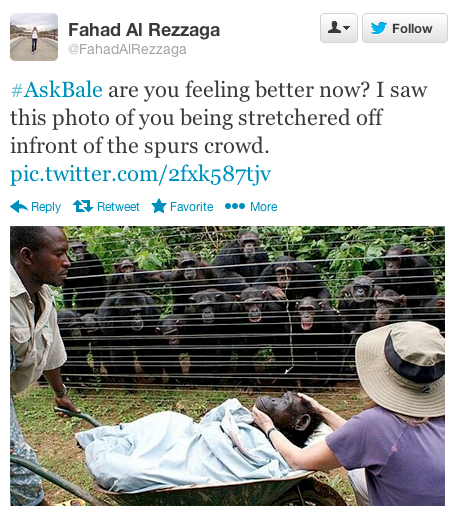 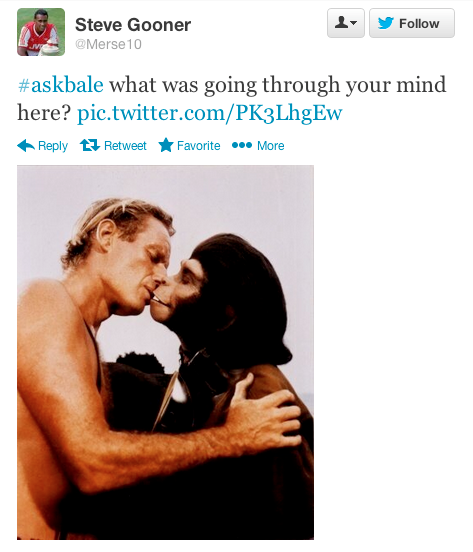 While the primate jokes were the dominant theme of the day, there were a few barbs reserved for his teammates too: 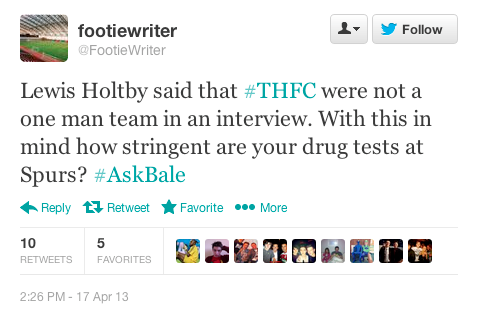 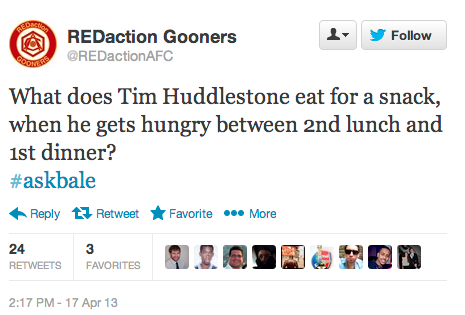 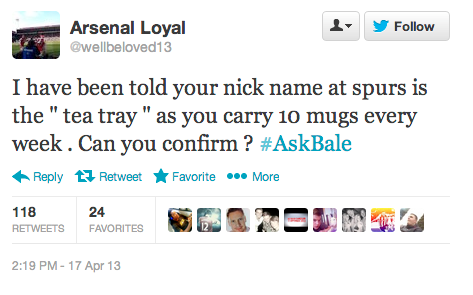 â˜› Read this next: Worst Conditions For A Corner Kick Ever

Fair play to Bale, he didn’t rise to the overwhelming bait and didn’t appear to respond to anyone – publicly at least – which is of course the only possible response. Still, he’ll be able to cry into the cashmere handkerchiefs that his multimillion pound footballer lifestyle no doubt affords him, so don’t feel too bad for laughing as much as we did.