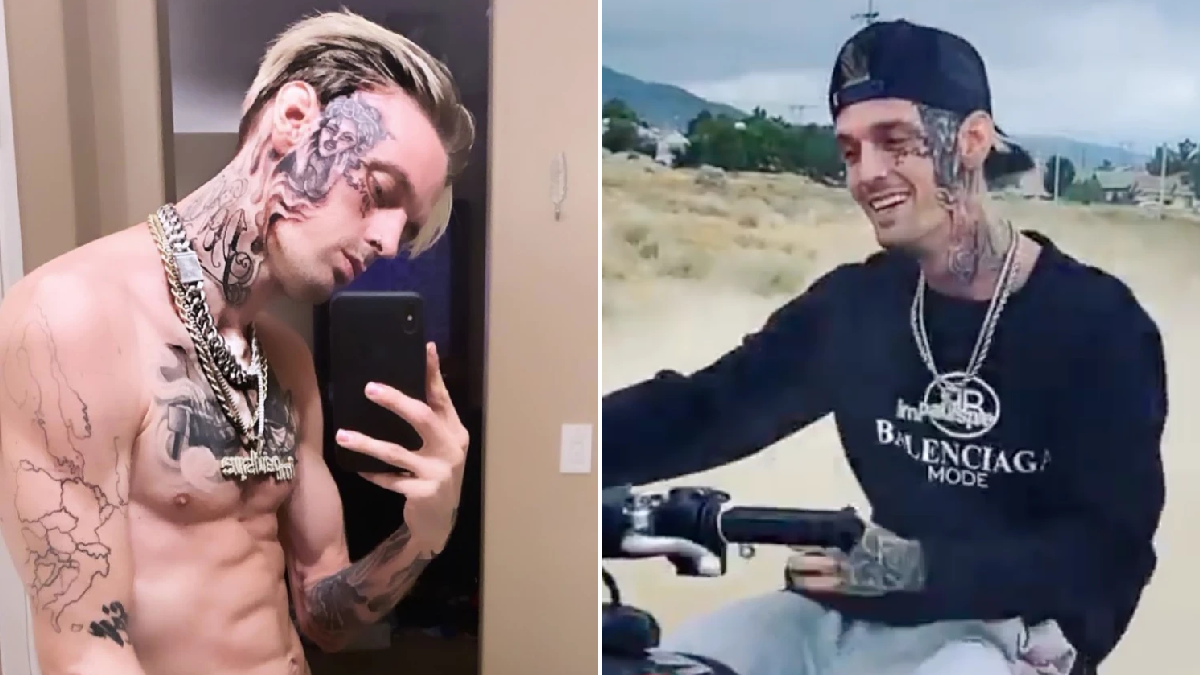 “He wanted to keep going and I had to stop him. I couldn’t cover his whole face in a tattoo. I just couldn’t.”

We all saw yesterday how Aaron Carter had a massive tattoo of Rihanna as Medusa – the Greek monster who turns anyone who looks at her into stone – tattooed on his face. Which is pretty fitting because anyone who looks at that tattoo wants to bash their own head in with a stone.

It’s not a bad tattoo to be fair, the only problem is that it’s on his damn face:

Well it turns out his tattoo artist Herchell Carrasco AKA RocknRollG tried to talk Aaron Carter out of the tattoo when he booked him for a home appointment last Friday.

As per Metro, RockRollG, who has previously tattooed Tekashi69’s face, says that Aaron wanted the tattoo right down the middle of his face, before he convinced him to move to his cheek. 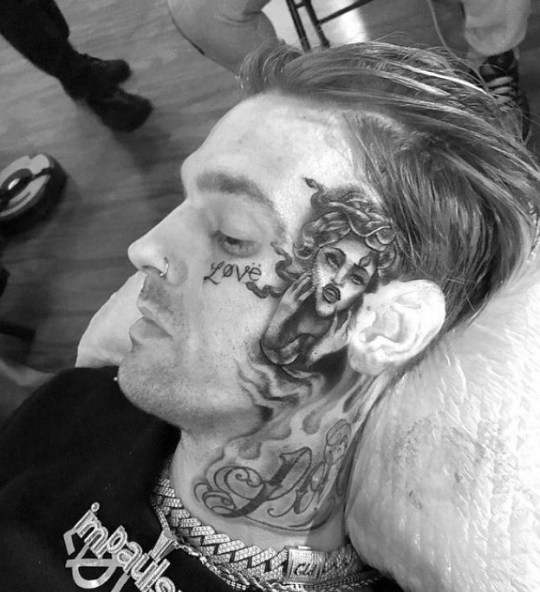 In fact he tried to convince Aaron to not get the tattoo at all, but the troubled pop star insisted that he wanted Rihanna posing as Medusa on a 2013 cover of GQ permanently etched on his face.

RockRollG also tattooed the word ‘love’ under Aaron’s right eye and a crescent moon on the right side of his face, before he cut him off for the day.

He wanted to keep going and I had to stop him. I couldn’t cover his whole face in a tattoo. I just couldn’t.

Before I tattoo anyone, I take into consideration their mental state. In Aaron’s case, I assessed the situation and I genuinely felt he was in a good place mentally to get tattooed.

Umm are you sure about that mate? Personally I wouldn’t say someone who has spent the last few weeks threatening to murder his brother’s family and claiming he was raped by his sister is ‘in a good place mentally’, and that’s before they ask to get Rihanna tattooed on their face. But hey I’m not a qualified professional tattoo artist, so what do I know?