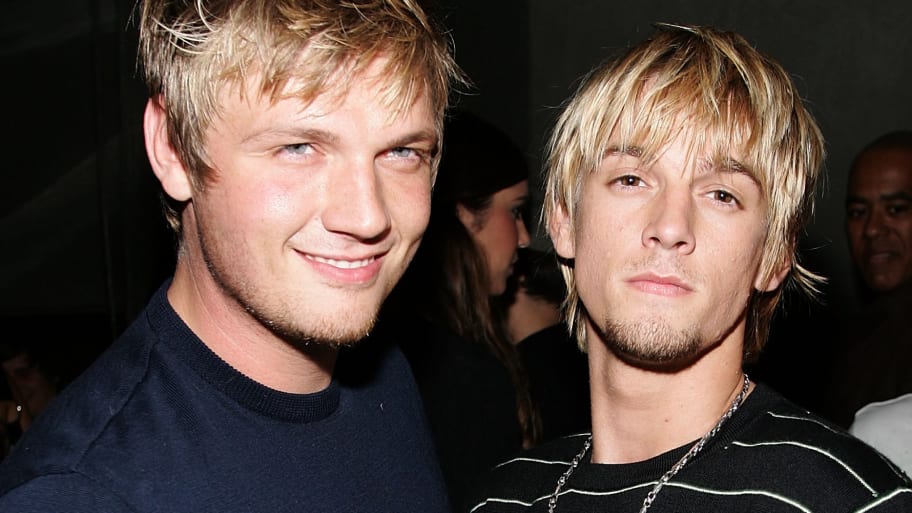 Backstreet is not back.

It’s been a while since anyone has really talked about any member of the Backstreet Boys or Lil Aaron Carter, but they’re making up for lost time by returning in one of the most explosive family feuds I think we might have ever covered.

It’s been revealed today that Backstreet Boy Nick Carter has taken out a restraining order against his brother (Lil) Aaron after he allegedly threatened to kill him and his pregnant wife. As the year is 2019, the news was of course revealed through the Twitter accounts of both men, who said the following:

So my brother just got a a restraining order against me. And I was just served lol

So that is pretty weird to begin with right, but it gets way weirder after that as Aaron Carter has tweeted about 100 times since both of these tweets went up, talking about how Nick Carter is a bully and a rapist and how he used to sexually assault and statutorily rape younger girls when he was in the Backstreet Boys and how he’s determined to bring him to justice. He also reveals that he hasn’t even spoken to his brother for four years and that Nick often bullied him and treated him and the whole family like shit.

I haven’t seen him in four years. And I don’t intend.

All I ask is for my family to leave me alone. This is blood. Not love. I will never be around you and I don’t want to be around you. I am the one who said I’m done then you send me this!? Ok. Stop trying to get me 5150’d before I file a harassment suit myself nick I have the $

LEAVE ME ALONE. FOR THE REST OF MY LIFE. IM BEGGING YOU. PLEASE. 🤝 I haven’t even seen you guys and nick you bullied me my whole life. And tortured me as a child. And everyone knows it. ITS BEEN PUBLIC. and now you’re scared of the truth. pic.twitter.com/kd7nIF49PI

You cannot lead with revenge in your heart. I just need to get away from this. I don’t want anything to do with him and I’m working on me. I love you guys thank you for your support and nick please stay away from me, and angel. I will be ok. I will get my life back. Xoxo

I want to thank all the celebrities that have been calling me trying to support these girls and although I’m getting the backlash for it I’m standing tall. #CoverUp #MeTooMovement

Hey love, @MelissaSchuman I’m not sorry that I spoke to you. Clearly my brother is sorry I spoke to you and is retaliating against me. #CoverUp #IGotYourBack #Metoomovement

I’m standing by all these victims. Please. @Aphrodite_Jones the victims all want to talk now
Maybe do a r Kelly type documentary

She was 15 and I was there! Its statutory rape #CoverUp https://t.co/zEvL1NJTvJ

you’re calling me a liar then you’re calling all these girls liars they came to me because no one would listen to them and I was there for two of the times it happened and that’s why they reached out to me sometime soon they’ll be depositions https://t.co/bVuchII9zG

I mean that’s a lot to take on board and it’s all very jumbled, but what I kinda get from it is that Aaron really doesn’t like his brother and has been actively working with his rape accusers to try and bring him to justice? Which I guess is kind of noble, but there’s also the fact that he went on national television last week and revealed he had been diagnosed with multiple personality disorder, schizophrenia, acute anxiety and manic depression.

So who knows what to believe and what is going on here? Just hope that everyone involved – whether that be Nick or Aaron Carter or any of the girls Nick alleged raped – manages to sort their shit out and is OK. Really haven’t got a clue who to listen to and what the truth is here. Stay tuned to see another celebrity family completely unravel in real time I guess.

For more of the same, get the lowdown on Nick Carter’s rape accusations here. Grim.