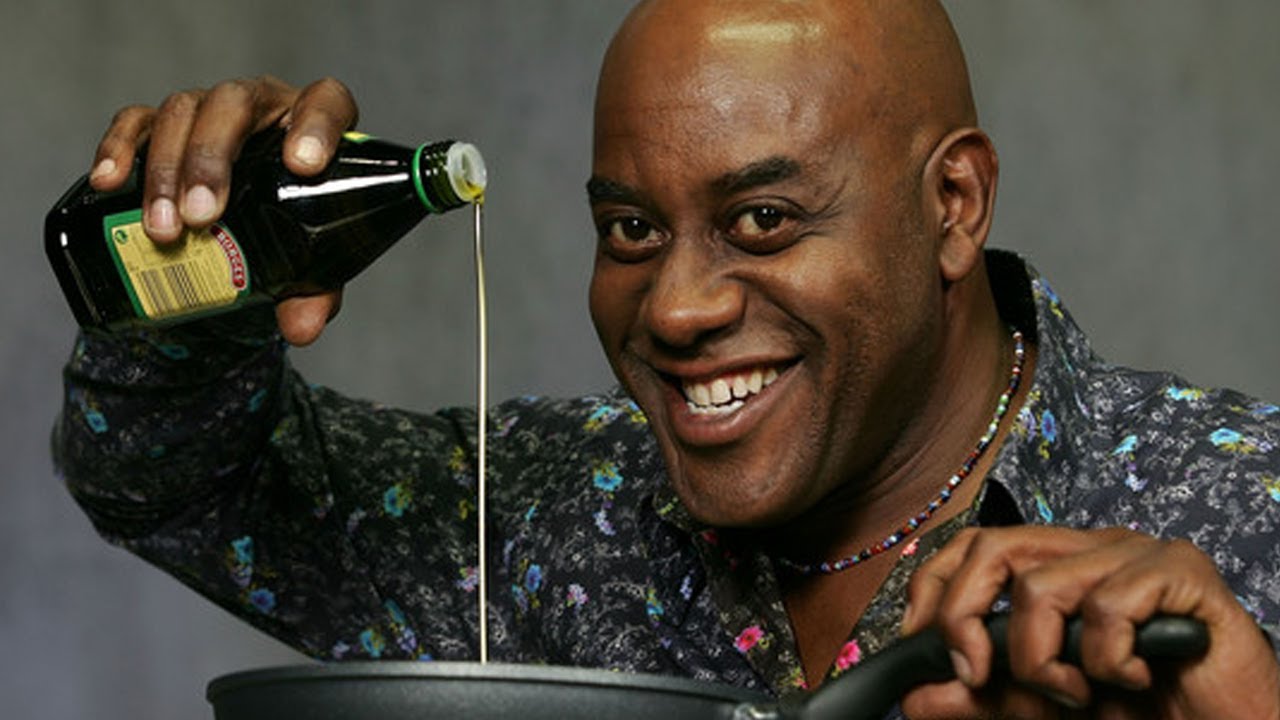 I’m fairly sure that you lot will be well convinced that Ainsley Harriott is a living legend by now, but incase any of you are still squirming on the fence, read on.

Nowadays celebrities tend to be vacuous morons who are celebrated for no other reason than the very fact that they are vacuous morons. Modern telly constantly shits pointless muppets into the open eyes and mouths of TV watchers across the country. I have no problem with people worshipping divs, but personally I need something more substantial from my icons.

Ainsley Harriott is cut from a different, more fragrant cloth. Rather than waddle about with his tits almost out and spend days in makeup, Harriott has been entertaining the nation with his fresh skills for decades. He doesn’t rely on crotch shots or buffoonery, this guy gets by on personality, knowledge and skill.

Whilst the rest of TV’s male presenters get locked up for paedo behaviour, Ainsley keeps the country smiling, because he exclusively goes for fully grown women. 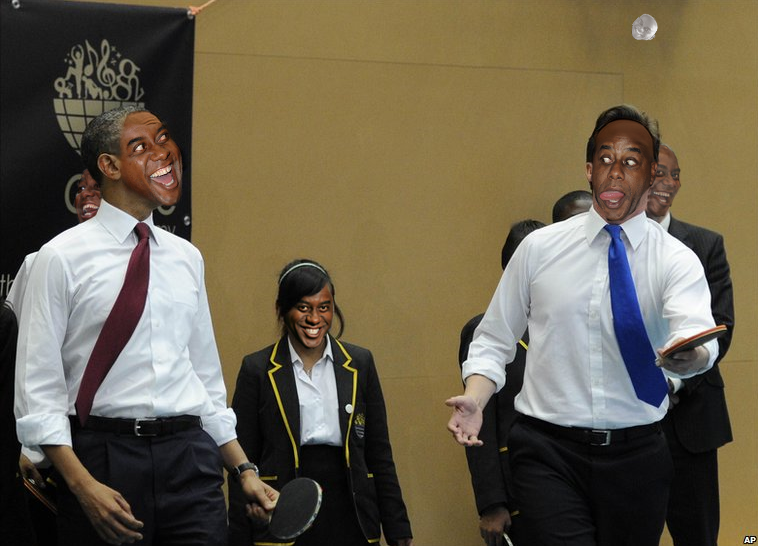 A lot of you out there might be thinking to yourself “why the fuck has he decided to bang on about Ainsley Harriott?” or simply “WTF?” That’s fair comment, but once you’ve read the following words and watched the embedded videos, I think you will get where I am coming from. This country, no, this world needs more people like Ainsley Harriott.

Most folks who manage to get themselves on the TV today have been plucked from a special school by a TV company desperate for ratings. They need to choose someone retarded enough to be a complete twat on telly without questioning whether they are being filmed or not. Basically, they need to be proper stupid and preferably have massive tits and / or a personality disorder.

On the other hand, Ainsley got his gig by actually being skilled and likable. He trained at the Westminster College of Catering and eventually became Head Chef at Lord’s Cricket Ground – i.e. he can actually cook. Ainsley also hosted 100 episodes of The Ainsley Harriott Show in the US before turning his charm guns on the UK by hosting Ready Steady Cook. And it’s not just his cooking and TV skills that earn him the unofficial title of UK Legend Overlord. 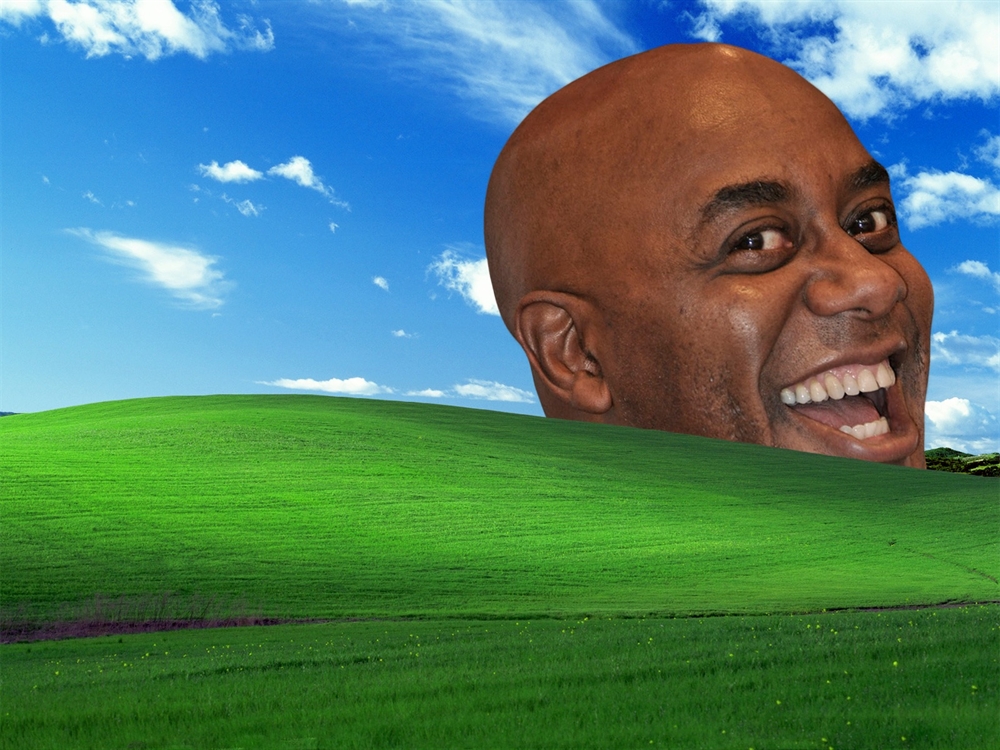 Generally, people who talk in a constant stream of double entendres annoy the bejeezus out of me. It’s not funny and it’s not clever. The Carry On films nailed it in the 60’s, it’s time to give it a rest. Yes, I know you “have a big one” etc., but please, get a grip of yourself.

However, Ainsley Harriott manages to sound sexual in a much weirder and more obscure way. He can’t help himself, it’s part of his charm.

Here’s a supercut of some of his weird and actually impressively creepy sexual-ness from his recent TV series:

How does he manage this? I’m not 100% sure, but I assume he is involved in black magic. How else could he be so consistently warm and absorbing? 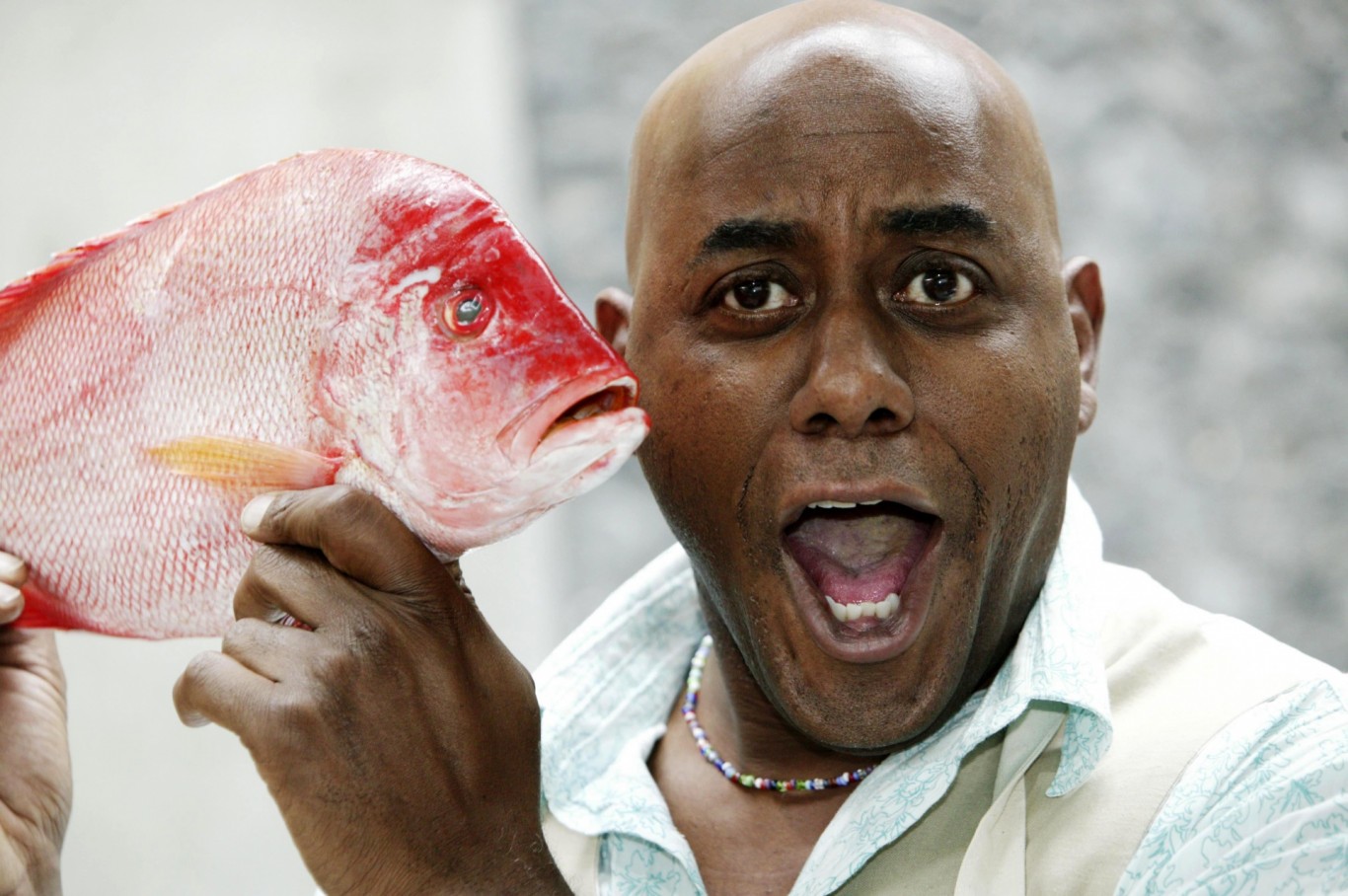 Many of you will have watched Ainsley do a little jiggle and maybe indulge in the occasional burst of song. But not a lot of people know that he actually had a minor career in music before the cooking gig came along.

Ainsley comes from musical stock. His father Chester Harriott was a succesful pianist and songwriter, here’s his Dad in action in 1960:

So it’s no surprise that Ainsley initially went into music. He became one half of a duo called Calypso Twins with a school friend. They released this ripper of a track in 1990:

Now that, my friends, is a proper tune. Beats the shit out of The Birdie Song doesn’t it? Apparently the video was shot in Carnaby Street without police permission. NUTTERZ.

It’s Not All About Cooking And Grinding 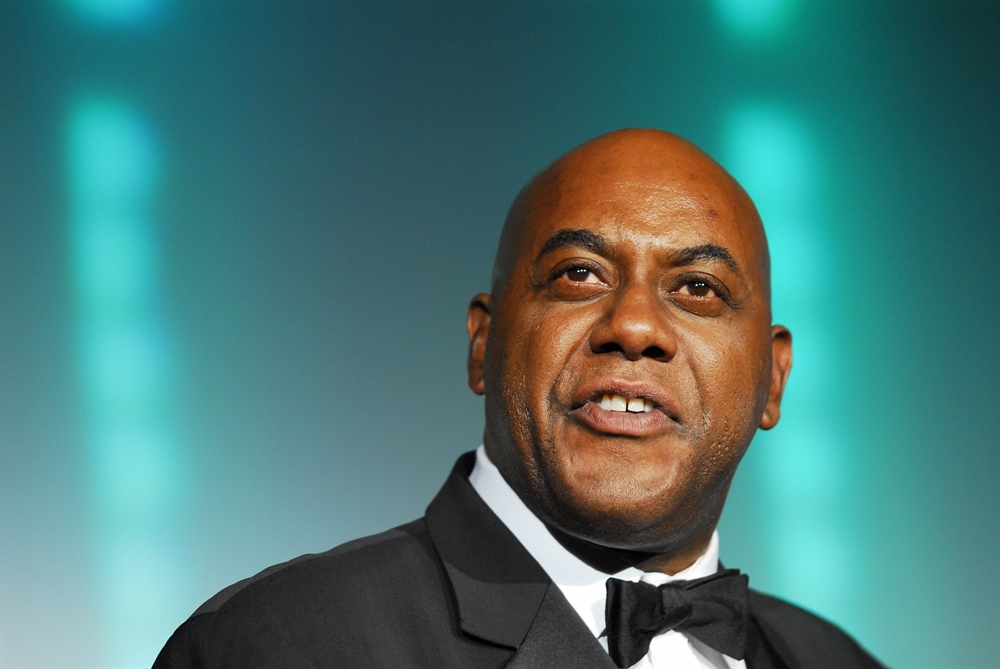 Harriott is of course most famous for cooking on TV, and as you’ve seen he can sing his tits off when he fancies it. But Harriott’s quiver is bursting with talent arrows. He is also a sought after actor; he played a minor role in Red Dwarf and starred in the My Family Christmas special in 2000. Harriott’s also done voiceover work for Covonia cough medicine and washing up liquid stalwart – Fairy Liquid. And if Fairy Liquid have OK’d your voice, you know you are a fucking TV legend.

Harriott doesn’t stop there either, he’s a business mogul in his spare time; He has a range of foods, like soups and cous cous and other delicious shit.

And as if all of this wasn’t evidence enough that the man is the most sought after dude in all of TV wonderland – he’s been confirmed as a contestant for Strictly Come Dancing‘s new series starting in September:

I love to glide around the kitchen!

No fucking shit you do Ainsley. You are going to own it.

I guess my major point here is that Ainsley Harriott is one of the last genuine good guys on TV. Joey Essex can frig off and so can all the other no-brained losers that have crept into our modern TV shower of shit. Fuck them. They are bringing down the combined IQ of the nation. Harriott, however, can sing, dance, write, present and cook, all with a charming smile on his face and a boner in his pants.

I’m fairly sure that you lot will be well convinced that Ainsley Harriott is a living legend by now. But incase any of you are still squirming on the fence. Here’s a quote to round of today’s proceedings:

Give that meat a good old rub.