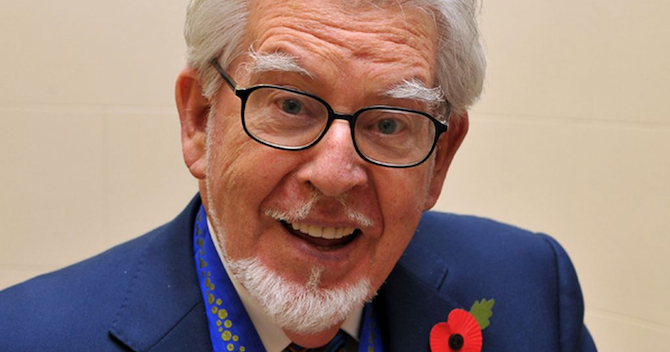 So yeah, I guess that’s that. Most people have probably officially lost faith in all of humanity/the world in general as it emerged today that Rolf Harris was the previously mentioned 82 year old man who had been arrested and questioned about alleged child abuse back in November as a result of the Jimmy Savile enquiry. Although the media has apparently known that it was Rolf Harris since November, nobody has decided to report it until now, where it first emerged in The Sun (obviously) this morning. I guess they must have been saving this bombshell up for a slow news day or something. The police refer to him as Yewtree 5 though for reasons that aren’t really clear to me other than the fact that the police operation was called Operation Yewtree. He was bailed until May pending further enquiries.

Rolf becomes the latest in a list of well known television and radio personalities associated with the BBC to be arrested and question regarding child sex allegations as a result of the Jimmy Savile enquiry that was opened after his indiscretions were made public and a bunch of other people came forward with stories about Savile and other associates and their alleged abuses. Others who have denied all wrongdoing include PR consultant Max Clifford, comedian Freddie Starr, DJ Dave Lee Travis, comedian Jim Davidson and Gary Glitter. Obviously some of those denials are more believable than others. Rolf hasn’t yet made a statement regarding these allegations but I imagine he will deny everything because it’s not like he’s going to admit doing it even if he did right?

But yeah, obviously this really sucks. I think Rolf Harris is pretty universally loved (and not in that way) for being a wacky overenthusiastic Australian dude who loved playing his didgeridoo and singing stupid songs about kangaroos and presenting Rolf’s Cartoon Club and Animal Hospital with a variety of enthusiasm that just about teetered on annoying but never fully fell into it.  If you’re even older than me there’s probably a bunch of other things he’s well known for too. He’s just one of those enduring personalities that everyone seems to know and love and he still seems to be in the public eye – and normally for good stuff – despite growing old and not really having any useful talents.

He seemed like a good guy when I saw him play at Bestival a couple of years ago and my dad has actually met him and did some work with him or something and he painted him a picture that’s in our lounge which seemed like a pretty safe thing to do. Although we probably should have sold it a while ago judging by this. But yeah, I guess if you’re a children’s TV presenter it probably isn’t that much of a jump to think you might be a paedophile too. I mean Rolf Harris spent so much of his time around kids and animals it had to be one of the two, right? It just completely destroys the childhood of most people who grew up watching his shows. I guess everyone who didn’t manage to get on Rolf’s Cartoon Club is probably pretty happy about it today though.

There are some pretty good tweets out there with reaction to this and although it isn’t really funny to joke about these kinds of things there are a couple of good ones out there, and everyone is going to be making them anyway if the amount of Jimmy Savile jokes I’ve heard in the past six months are anything to go by so we might as well get in there first. Check them out below and lament the naivety of your childhood.

Looks Like Lost Prophets Singer Ian Watkins Is A Paedophile 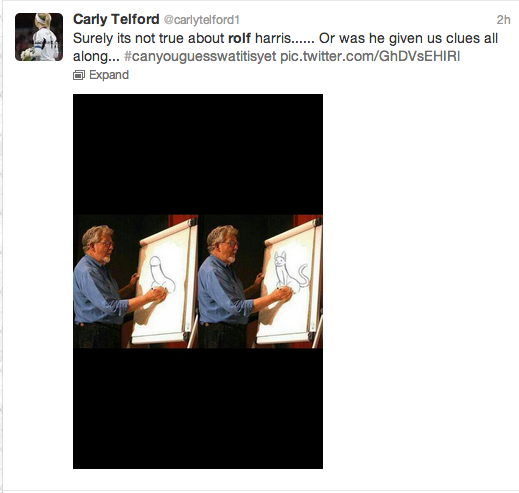 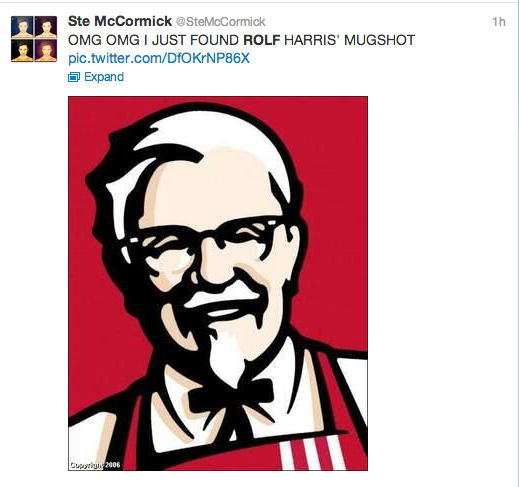