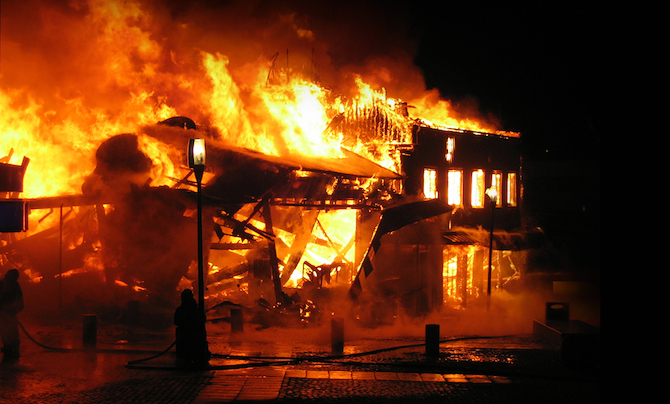 He uprooted a tree with his bare hands and used it as a battering ram to smash a window in. How cool is that?

I always feel so mean typing in headlines like that because I know everyone is gonna click on it hoping that it’s gonna be some really cool WWE superstar like The Rock or Hulk Hogan or HHH but the only reason anyone ever writes a headline like that is because it’s some crappy WWE superstar that nobody has ever heard of and if you actually put his name in the title then nobody would click on the article because nobody would actually know who he was at all – even in the context of the WWE.

And that’s exactly what has happened with this article, although if you have followed WWE properly and aren’t just a casual fan then you will probably know who this guy is. It was Chris ‘The Masterpiece’ Masters. If you don’t know who he was then his gimmick was that his body was a masterpiece in the way it looked and his finisher was some kind of full nelson submission hold called The Master Lock. Pretty awesome gimmick huh? Don’t know why he isn’t still ripping up WWE rings all over the country/world with a character like that.

Anyway, for some reason he isn’t and in his spare time now – which I’m guessing is pretty much all the time aside from when he’s hitting the gym – he likes to tweet to everyone about how he’s saving his mother from a burning house. Maybe he’s trying to move into action movies like so many other wrestlers?

Here’s how it went down. Masters heard from his uncle via a phone call that an ‘unhinged neighbour’ had barricaded himself inside his mother’s house and was threatening to burn it down if anyone tried to enter. The exact circumstances about why this dude decided to do this or how exactly he managed to barricade himself in Chris Masters’ mother’s house haven’t been revealed – only in LA huh?

Masters reacted how any good wrestler would react and rushed to the scene and tried to talk the man out of the house. When he refused to listen to reason, Masters called the cops but when they showed up the dude actually set fire to the house. What a nutjob.

Masters immediately went on SPECIAL and knew he had to get his mother out of there ASAP, so he uprooted a nearby tree with his bare hands (no joke) and used it as a battering ram to bash in a window and get his mother out of there. I’m not sure why he needed to uproot a tree and use it as a battering ram – other than to make the story completely sick – because I’m sure the police would have had sufficient equipment upon responding to a 911 call like this, but yeah I’m glad he did because it just makes the story completely sick.

He tweeted a couple of pictures of the house too, so here they are alongside the actual tweets he tweeted about the incident. I’m definitely gonna start following The Masterpiece on Twitter @ChrisMasters310 if he’s doing stuff as cool as this all the time. SPOILER: he probably isn’t. 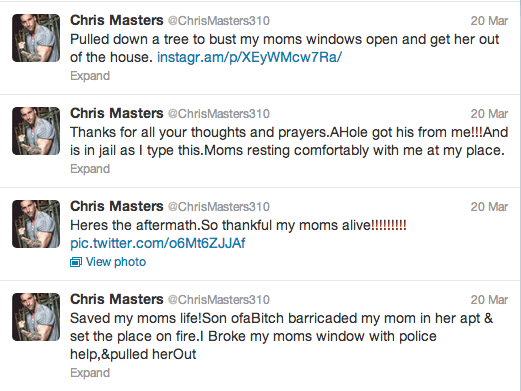 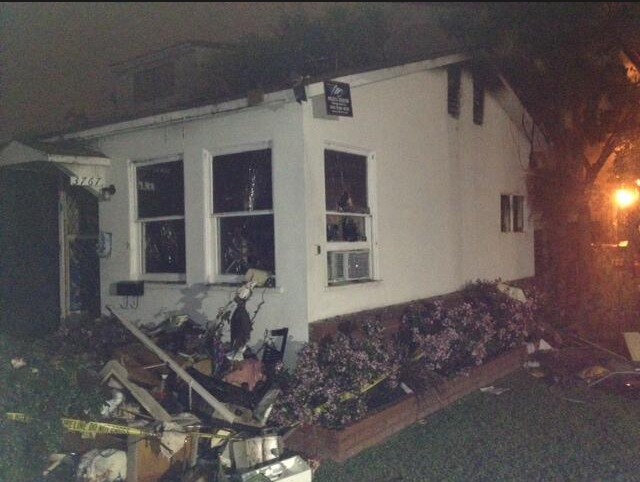 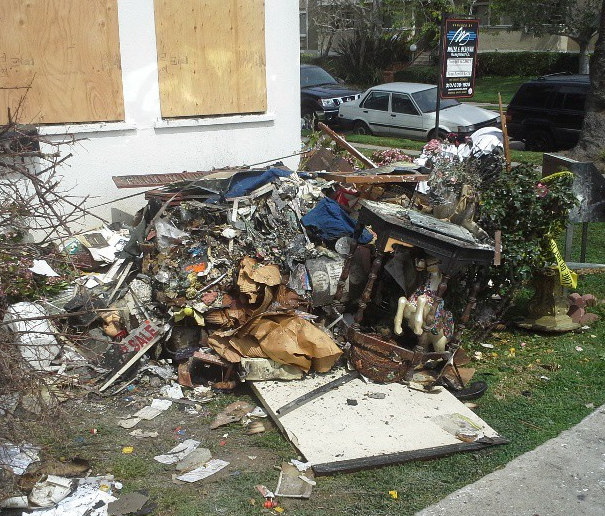 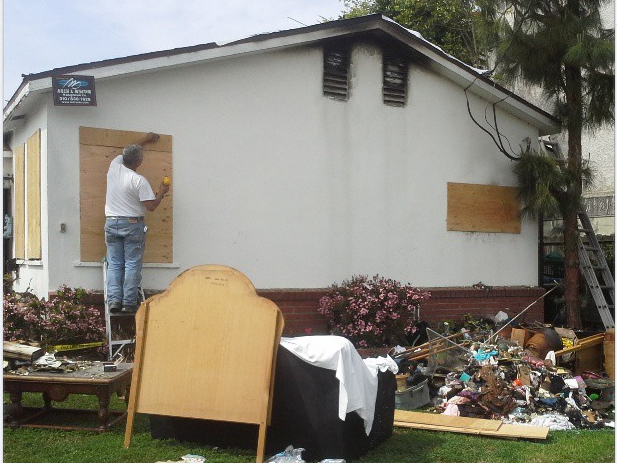 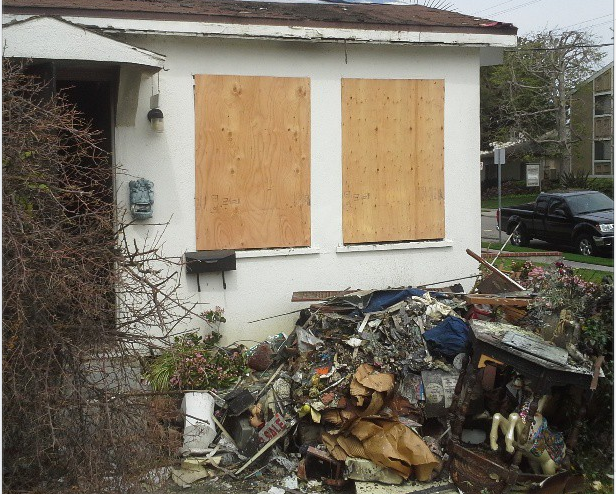 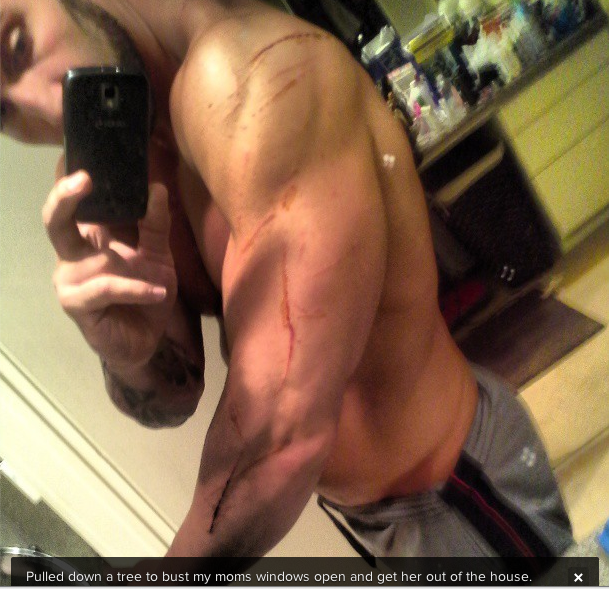 These pictures are OK I guess but I mean seriously though where are the pictures of the fire and shit? I guess he was busy uprooting a tree and saving his mom, but these pictures of the aftermath are really lame, especially when they’re accompanied by comments such as ‘the devastation’ and ‘UNREAL.’

I mean it doesn’t even look like it was that bad a fire, and I wouldn’t use either of those words to describe the pictures above me as they don’t look particularly devastated – just kinda burnt out a bit – and I don’t think the damage is that UNREAL either. Stupid. The picture of him with all the scars is pretty dope though, definitely.