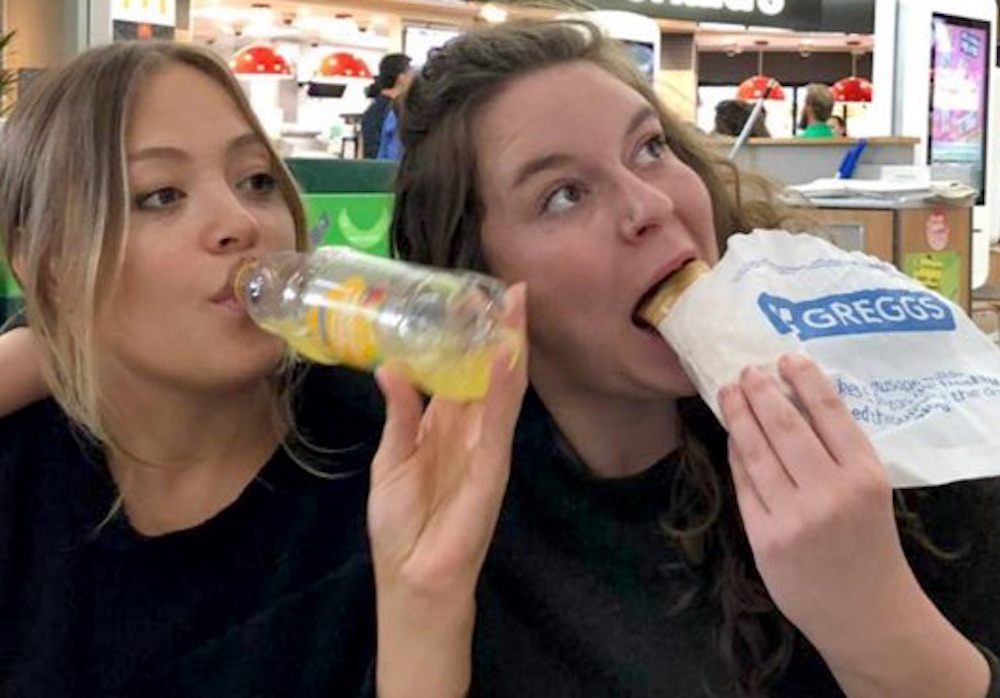 There’s no denying the popularity of the Greggs vegan sausage roll as the company’s profits have soared since the company introduced them in January and it’s a move that has been embraced by most of their customers too with many saying that they’re in love with the vegan pastry.

I don’t think that anyone out there can lay claim to love them as much as 26 year old Mairead Sheehan, who is in love with them so much that she wants to buy one from every single Greggs in the country and pose outside of the shop with it. Mairead began her quest when she bought one in Newcastle and realised how many Greggs there were in Newcastle and how much joy it brought to her friends to see her posing outside each shop with the pastry and is now on a quest to get a snap outside all 1,764 bakeries in the country.

Here’s what Mairead had to say about her new mission: 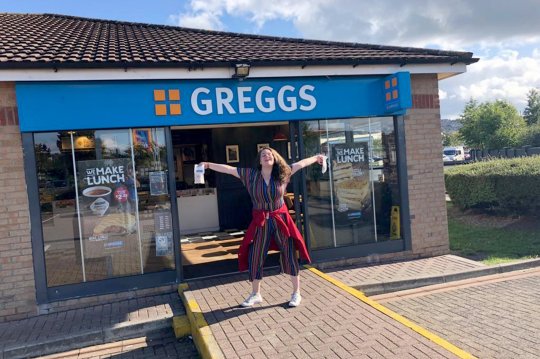 I started posting the pictures on Instagram and my friends thought it was hilarious – then strangers started commenting.

I’ve been to more than 50 stores so far, but I’m planning to add a lot more to my total by visiting some big cities and going on multiple Greggs visits in one day.

When Greggs brought out the Vegan Sausage roll I was in heaven.

There are all sorts of places that do vegetarian junk food but for me it’s always been a novelty – my friends were getting a sausage roll when hungover and I couldn’t do that.

I was always quite jealous because it’s so quick and easy and it’s only £1- being a vegetarian is so much more expensive, you have to find alternatives and different places to eat.

I remember going on holiday and having to eat only nachos and pizza for two weeks.

I was blown away by how many Greggs there were in Newcastle – then I started looking into it and found out the original Greggs is from here and that’s how it started.

My favourite one is a Greggs in Salisbury, close to where I live, there is a bench outside – it’s my hangover spot when I go home.

I mean it doesn’t sound like she’s trying that hard to go to all the Greggs in the country considering she’s only been to about 50, but I suppose she does have a lot to get through. There are just so many and they’re all in shitty little provincial towns that I’m not really sure how she plans on visiting them all and eating that many sausage rolls.

Feel like it would take her about ten years at least and I’m not confident she’s gonna complete it. Best of luck to her though – I love a Greggs vegan sausage roll me.

For more of the same, check out the new Greggs Cajun Bake. Not vegan, but still yummy.