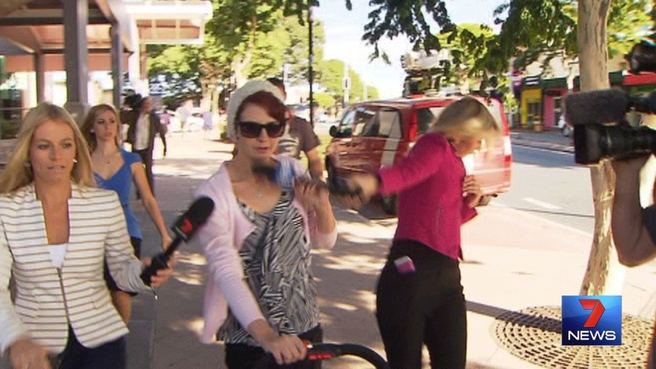 Australian Nine Network journalist Alex Bernhardt just had an interview request turned down in epic fashion — by having a cigarette stubbed out on her face.

A 23 year old woman has been charged with public nuisance following the incident. She was at Caboolture Magistrates Court supporting a friend of hers who was charged with murder:

Obviously it’s not cool to put out your cigarette on anyone’s face, but at the same time it’s not really cool chasing someone down the street and shoving a microphone in their face either (even if that person is an undesirable). Bit of a boss move as far as rejecting reporters goes. You can bet Alex Bernhardt’s reflexes are going to be on ultra mode from now on.

Why Are Kids Smoking TWIX Bars?

News Reporter Gets Smashed In The Head By Flying Skateboard

Here’s Why Couples Should Smoke Weed Together