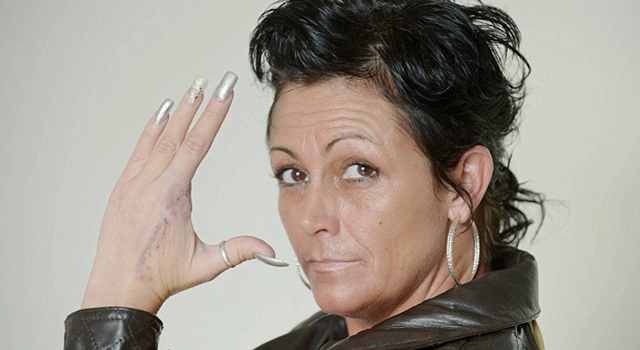 Oh Lord. Remember in September last year we started seeing reports of these false widow spiders coming to England? A school in the Forest of Dean was closed when a nest of false widows was found and the media had a field day predicting the collapse of English society. When I read about these critters I did a cold-shoulder-shudder, but I thought to myself, “nah… it’s England”. But it turns out I was wrong to be so cavalier about the whole thing.

I thought this onslaught of so-called killer spiders would be similar to mad cow disease, or bird flu, or any of the other predicted epidemics that never actually got going. Maybe I’m still right, but this story from County Durham is a real kick in the balls for my sense of calm.

Andrea Wallace, a hairdresser from Seaham, has learned first hand the power and terror of the false widow. Wallace was bitten in a park in Sunderland, not exactly the swamps of the Deep South or a Malaysian jungle. She was rushed to hospital where doctors tried to save her finger but failed… 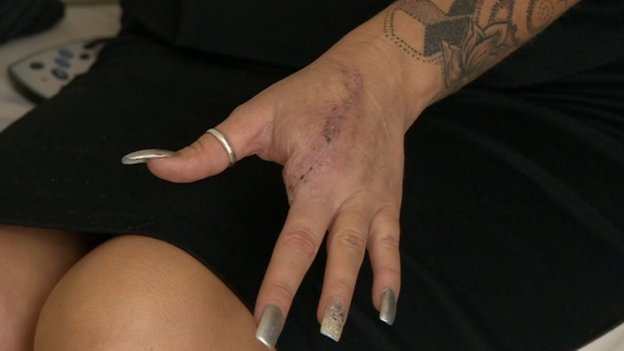 The pain was like nothing I’ve been through in my life. By the time I got to hospital my finger was bursting open, there was puss, it was black. It was a right mess. They told me if I had been two hours later I would have been dead. It was scary. It was like something out of a horror movie.

Here’s how her finger looked as he waited for surgery. It really is like something out of a horror movie, a horror movie with very cheap special effects to be precise… 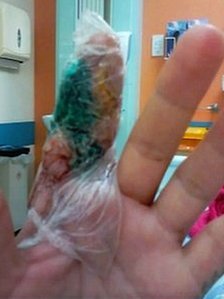 It was bacteria present in the spider’s bite that caused the reaction and an unhealthy dose of necrotising fasciitis left her in hospital for 10 weeks. Ten weeks?! From a tiny-weeny spider bite? Jeeeeez. 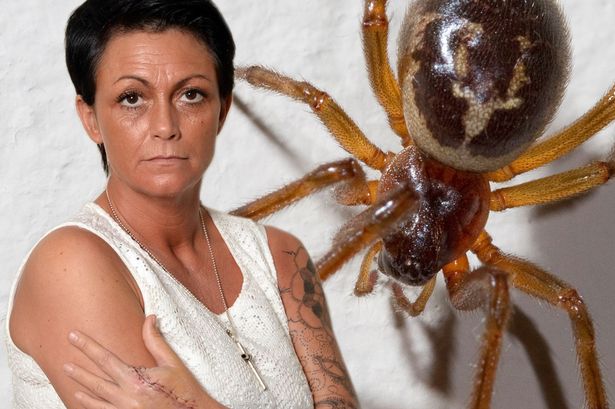 I don’t want to start a mad panic here though, we might still be OK. False widows (Steatoda nobilis) initially reached our fair isle from the Canaries and were first spotted in Torquay. That initial sighting was in the 1800’s and no one has yet been killed by them. Scientists, however, have predicted a rise in their numbers due to our ever increasingly clement weather here in England. 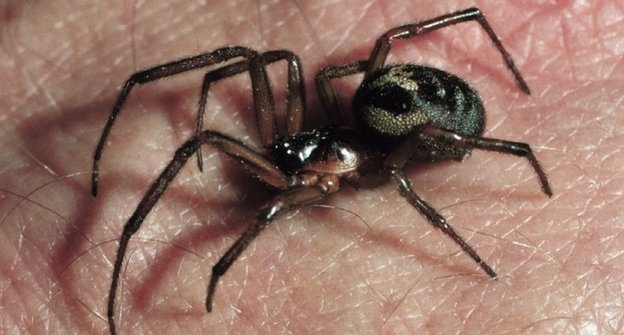 Generally the false widow bite is no worse than a wasp sting, so it feels pretty rubbish and it’ll ruin the next half hour or so of your life but you won’t generally be hospitalised. I guess just look out for things that look like false widows and avoid them, what else can you do? At least the UK doesn’t have any of those huge, gut infesting, brain chewing African parasites… yet.