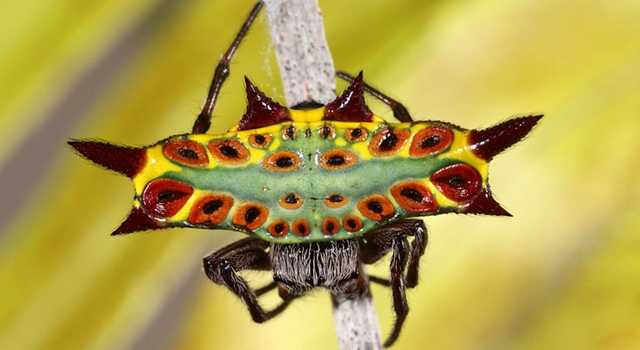 Spiders generally look gross and scuttle about like tiny black demons; but here’s a collection of impressively colourful and bizarre looking versions to peruse.

Humans have a love hate relationship with spiders. Some people love them, but the vast majority of people thing they are gross and completely unnecessary. For some reason they produce a primal fear response even though in reality, they’re mostly completely harmless. Of course, if you’re living somewhere closer to the equator you’re right to give some of the bigger buggers a wide berth. But on our tiny little UK island there’s not a single one that could do us any damage.

The spiders listed here today are still pretty gross, but at least they’ve got a pretty dress on. It’s nice to see they’re making an effort to win us over… 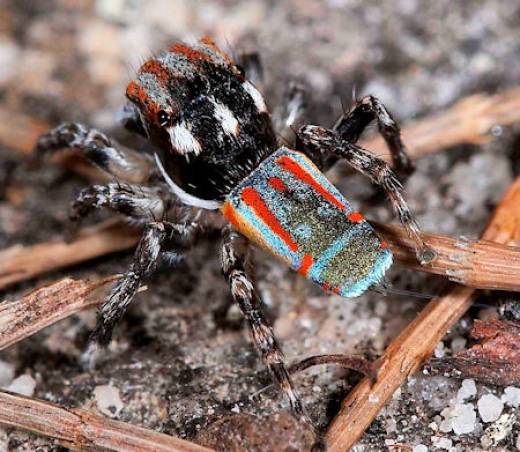 The peacock spider, or Maratus volans is a good-looking guy. He gets his name from his colourful arse, of course, but also, when mating he fans it out like a complete show off. The species were first described by a guy called Octavius Pickard-Cambridge. I wish that was my name. 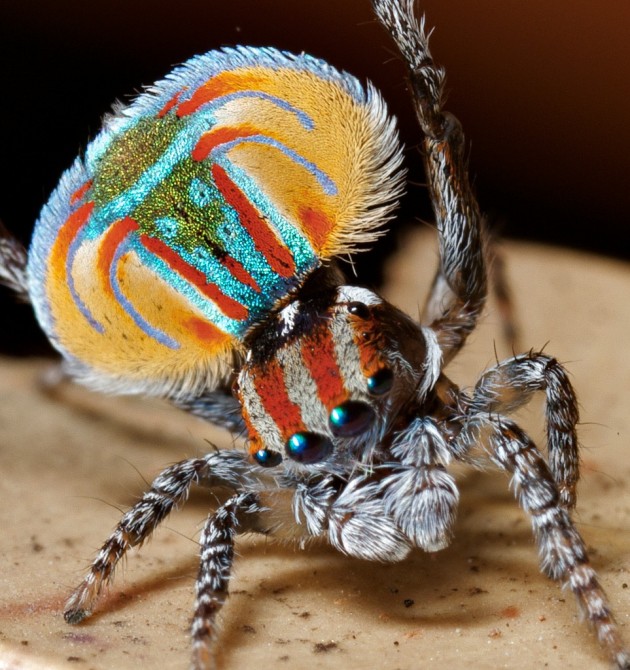