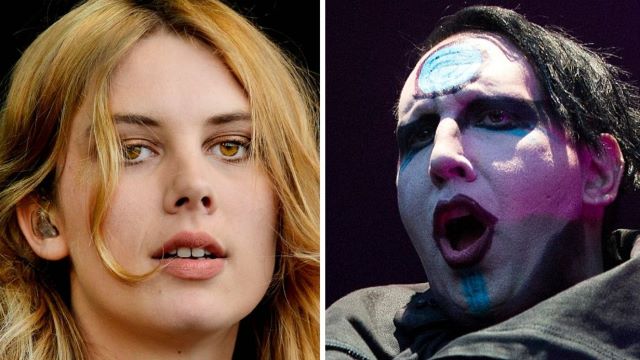 I met Marilyn backstage at a festival a few years ago. After his compliments towards my band became more and more hyperbolic I became suspicious of his behaviour. I was shocked to look down and see he was filming up my skirt with a gopro.

If he does this kind of thing all the time why on earth has he been headlining festivals for so many years? When will we stop enabling misogynists on the account of their success? Women must feel safe in the male dominated world that is the music industry.

I wasn’t sure whether to bring any of this up but Manson claims in his recent statement that his relationships were ‘entirely consensual’ – I don’t think he knows the meaning of consent if he goes around up-skirting young women at festivals. Thank you for your courage Evan <3

Wow, that is grim and unfortunately par for the course when you consider all the crazy stories coming out about Manson recently. To be fair he did warn us he was a deviant and a creep in his autobiography back in 1999, but obviously that doesn’t excuse his behaviour or make it any less shocking to hear the accounts from his victims.

The BBC reached out to Manson’s representatives for comment, but they have yet to respond. Manson did however call abuse allegations by his ex Evan Rachel Wood a “horrible distortion of reality”.

Pretty amazing to think that Marilyn Manson has been getting away with this sort of thing for so long, and that he managed to escape the #MeToo phenomenon all these years when so many other celebrity creeps were being shamed, exposed and cancelled. Looks like his time may be up now though, and it’s all thanks to Evan Rachel Wood getting the ball rolling and lending courage to all the other women Manson has abused to come forward. Let’s see how this plays out for him. Big up Ellie Rowsell!