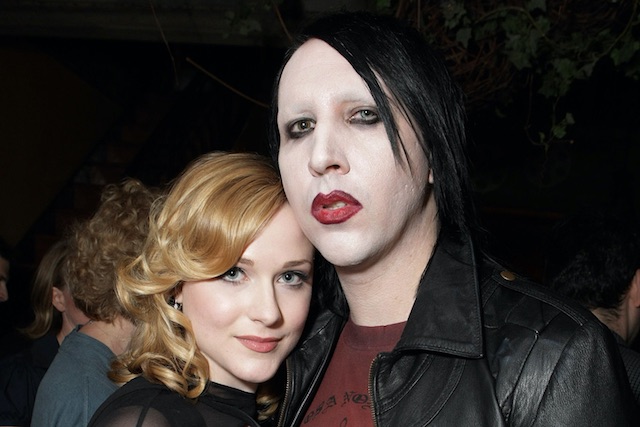 She’s named him as her abuser for the first time.

I always thought it was a bit weird at the time that Marilyn Manson was going out with Evan Rachel Wood when she was 17 and he was about 20 years older than her, but the allegations of horrific abuse that Wood has hinted at during their relationship over the past couple of years has proven that the whole affair was way more messed up than I could have ever imagined.

Wood has previously talked about being in an abusive relationship and gave testimony of her experience a couple of years ago as she campaigned for the Phoenix Act in California to extend the statute of limitations on domestic violence felonies from three years up to five years. Whilst it seemed fairly obvious she was referring to Manson when talking about this – due to the timeline it was literally the only person it could have been – she never actually named the guy, but that’s all changed today though after she posted the following on her Instagram account:

Wow. That’s a massive step for her and hopefully it will go some way to seeing Manson pay some kind of price for his crimes, as currently it seems like nobody in the music industry or amongst his fans was even slightly bothered about what Wood’s been saying for the past couple of years. I guess she never named him specifically and that was a major issue, but now that’s no longer a problem the world is probably going to get a lot smaller for Marilyn Manson now.

For more of the same, here’s Wood’s testimony from a couple of years ago. That’s very triggering and upsetting so make sure you’re ready for it before you attempt to watch it.