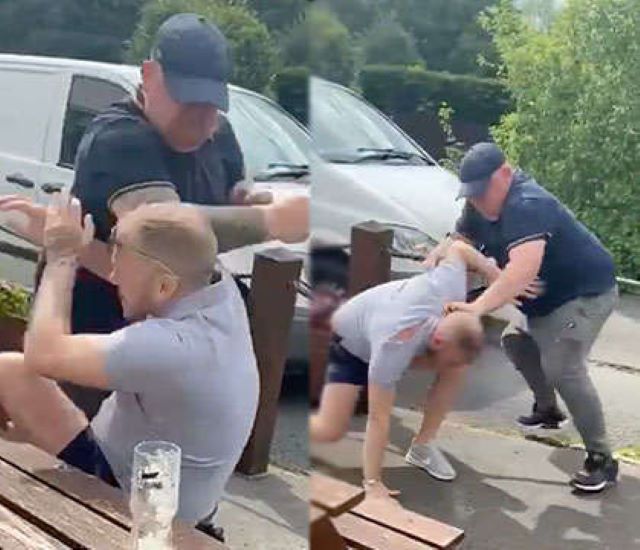 His friends set him up badly here.

Ever since pub restrictions were lifted in the UK, pent-up tough guys all around the country have been beating the brakes off each other and signaling a true return to pre-pandemic normality.

Only a couple hours ago we shared footage of one man having his ear ripped off his head in a beer garden, and now we’ve got this clip, which is arguably even more brutal. Viewer discretion is advised…

Nasty stuff. Unfortunately the only context we have to work with here is the stuff this guy is saying while he’s pummeling the man who apparently ‘ran through’ his house and ‘took money out of his daughter’s purse’. Seems the whole thing was a set-up given the victim’s ‘friends’ were already filming and the way one of them secures his beer at around the 0:07 mark to make sure it didn’t go flying everywhere. Yeah maybe the guy is a thief who had it coming but still not very nice seeing someone get punched so hard and so unexpectedly.

Anyway, let’s wish him a speedy recovery. White van man had some seriously heavy manual labour hands. You could tell those body shots hurt like hell.

To watch a man with no arms get booted into oblivion after calling a woman the N-word, click HERE. Maybe the saddest thing I’ve ever seen.