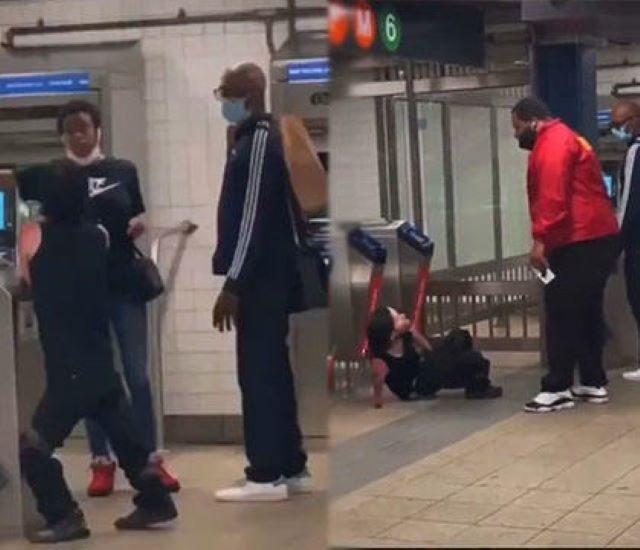 Is there anything this guy can say to you that would make you want to hit him?

I’m not sure there’s anything a 5ft tall man with no arms could say to me that would make me kick him over, but maybe I’d feel differently if I was this black dude he had just called the N-word.

Either way, I’ll bet this guy will probably watch his mouth next time:

Just so sad on so many levels. I mean does it get any more pathetic than a scrawny, angry racist with no arms yelling racist abuse at strangers? His mouth is literally the only weapon he has and all it does is earn him an ass-whooping. He just isn’t worth the time, although like I said, I can’t say I know what it’s like being on the receiving end of racial abuse, even when it comes from a disabled, Golem-like creature on public transport.

In the other guy’s defense though, he did only use his legs to attack him which makes it an even fight in some ways. And he did only kick him the one time. Not sure others would have allowed him to get off that lightly, one arm, three arms or no arms.

For the woman with no arms selling completely rank sexual favours on Craigslist, click HERE. Yikes!