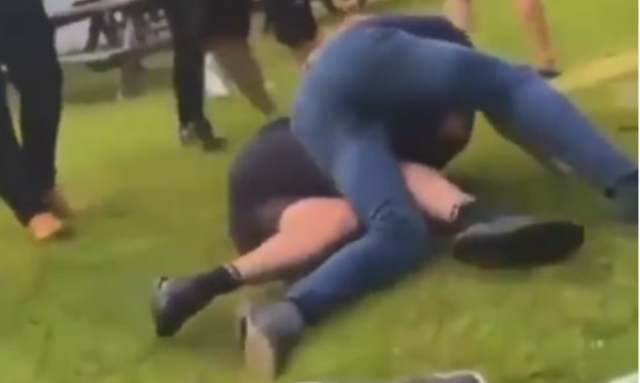 At least he won’t have to wear a mask anymore.

With all the stabbings and shootings and weapon-based crime in the UK lately, it’s actually kind of refreshing to see two people square off in a beer garden on a sunny day with just their fists in a good old-fashioned drunken showdown.

Then again, is being stabbed necessarily worse than having your whole damn ear ripped off your head? I guess that depends really…

A Man loses his ear after fist fight inside a beer garden 😳😳 pic.twitter.com/vA8LHCW0KK

Yeah, I watched it 5 times and don’t know which one’s missing an ear either, but Ts and Ps to whoever’s it was regardless. I mean even with the welcome lack of weapons it’s still poor form to bite someone’s ear off during a fight that would have otherwise resulted in cuts and bruises that would eventually heal. Then again a fight’s a fight and this is just one reason you’re better off avoiding them altogether. Maybe we should just shut the pubs down again till people learn how to behave?

On the plus side, the guy now has a perfectly good excuse to not wear a mask. So that’s something.

For the man who survived a grizzly bear attack by biting the bear’s tongue off, click HERE. Horrific scenes.