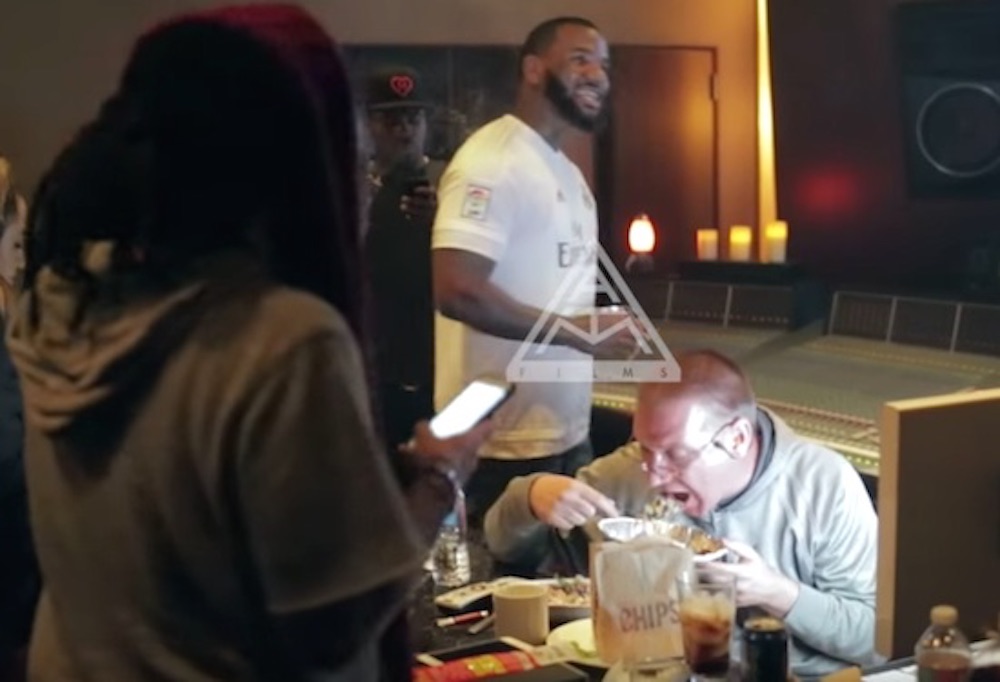 Despite The Game’s entourage getting wasted and rapping around him, this guy only cares about one thing.

You would think that even if you worked in a recording studio that you might get excited when a big celebrity like The Game dropped in to do a live studio set, even if you were used to it and saw that kinda stuff going down every day.

Not this old white sound engineer though, he couldn’t give two hoots about The Game’s set because he’s got something way more important to be concerned about – his lunch. Despite the fact that this seems to be your typical rap recording session (if Straight Outta Compton was anything to go by at least) in that it’s just full of The Game’s entourage getting wasted and smoking up and dancing around whilst he’s rapping, this dude isn’t intimidated in the slightest and just tucks into his lunch like there’s no tomorrow.

I suppose it’s the little things in life really isn’t it?

I’m pretty impressed with that guy’s commitment to his lunch though I gotta say, especially with all those homies getting up in his face and rapping. I might be a bit inclined to try and rap along or at least make some had movements and bob my head up and down, but not this dude – he’s only got one thing on his mind and that’s his lunch.

It doesn’t even look like it’s that spectacular either which makes the whole sequence even more bizarre. I suppose this dude has to deal with morons like The Game’s entourage every day so the only thing he has to look forward to is his lunch – you better realise he’s gonna make the most of it.