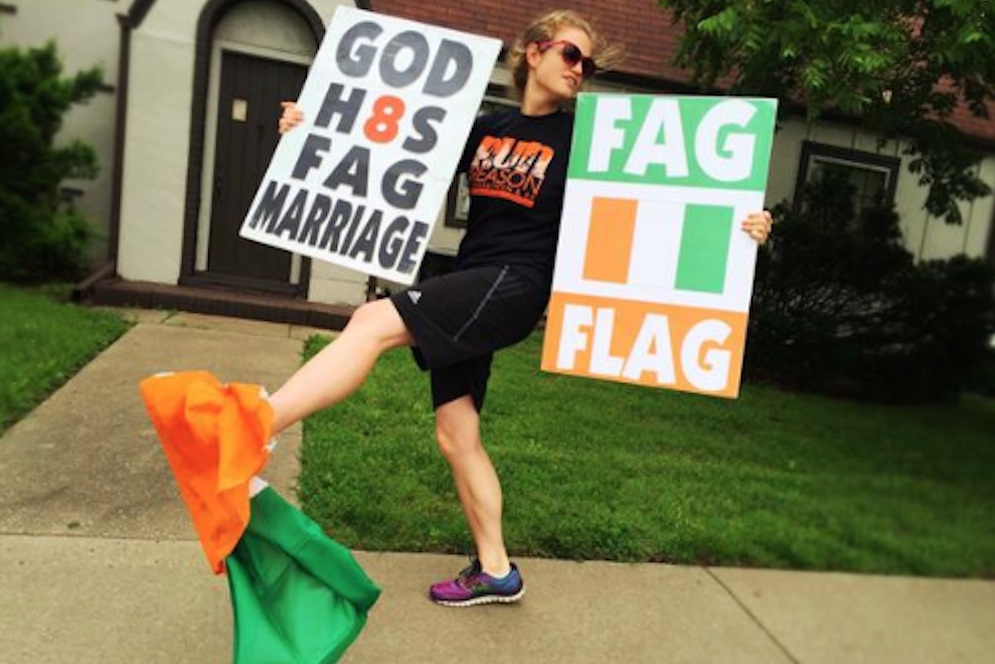 The idiots messed up their flags.

Obviously it was fairly big news over the weekend with Ireland voting to allow same sex marriage to be recognised within their country, but obviously there were going to be some people (who are probably repressed homosexuals themselves) who weren’t going to be happy about this decision.

Top of the list were the Westboro Baptist Church, the notoriously ignorant American group who spend their time campaigning against homosexuality and anything else they can interpret in the Bible as not being right in modern day society, like Jewish people or Taylor Swift for some reason. Anyway, following the landmark Irish resolution at the weekend, the WBC were obviously incensed and so took to the streets of wherever the hell they’re from to try and protest against it. They used signs like the one you can see below. 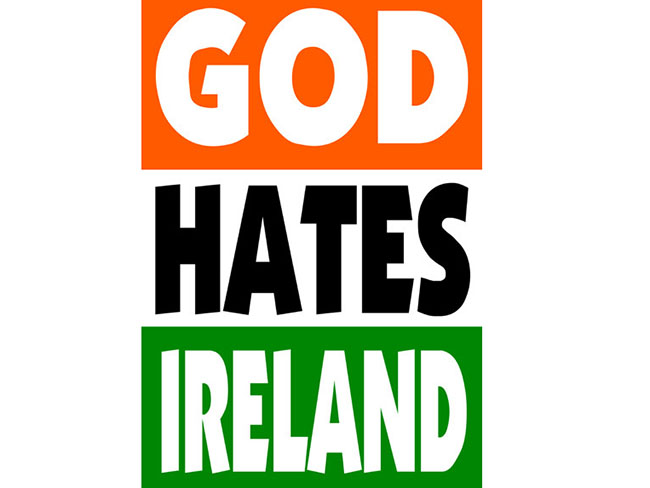 Aside from the fact that the WBC taking to the streets of Kansas wasn’t really going to affect anything going on across the Atlantic Ocean, they also made the whole protest even more stupid by the fact that they couldn’t figure out the Irish flag and accidentally used the flag for the Ivory Coast on their banners and signs. To be fair the flags are kind of similar but you really shouldn’t be messing up something basic like that when you’re protesting, especially if you’re as experienced as the WBC when it comes to protests. Everyone knows the WBC is so ignorant that they probably just messed it up because they’re so stupid.

So they basically ended up protesting against a country that hadn’t even legalised same sex marriage and offending them instead of their original intentions and also looking even more dumb and ignorant than usual. Smart moves.

The WBC later tried to claim that they had deliberately flipped the stripes of the flag to emphasise that Ireland was a country in turmoil following their decision to allow same sex marriage, but I don’t think anyone with a brain would believe that for one second. Unfortunately, that doesn’t include the followers of the church – like the meathead featured in the Vine below – who are probably going to continue doing crap like this for years. So it goes.