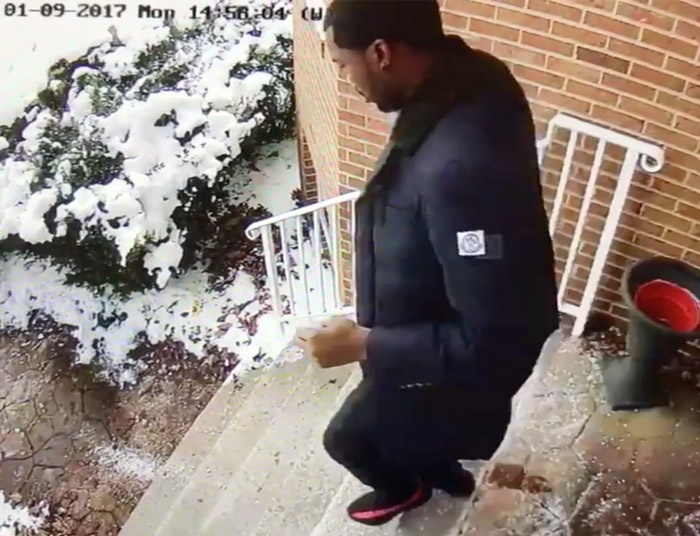 Looks like 2017 is going to be another brutal year for Meek Mill.

It seems that every time we write about Meek Mill, the guy is taking another massive L.

Just to recap, the guy has spent the last couple of years being ripped apart by 50 Cent, annihilated by Drake, ridiculed by social media, owned by his court-ordered doctor, and then ridiculed on social media some more. There’s even a famous photo that appears to depict Drake, Will Smith and Kanye West all laughing at him.

Well, looks like 2017 has more of the same in store for him. Not only did Meek get dumped by Nicki Minaj the other week, he’s now been caught on film comically slipping on the icy stairs outside his mum’s house and falling face-first into the snow:

New year, same old shitty luck for Meek Mill. I mean it’s only January 11 and the guy is already taking Ls to the face just by trying to walk down a set of stairs. How many fails can one man endure in a single year? I think we’re going to find out in 2017.

For an absolutely classic video of a 10-year-old white kid pretending to be Meek Mill, click HERE.