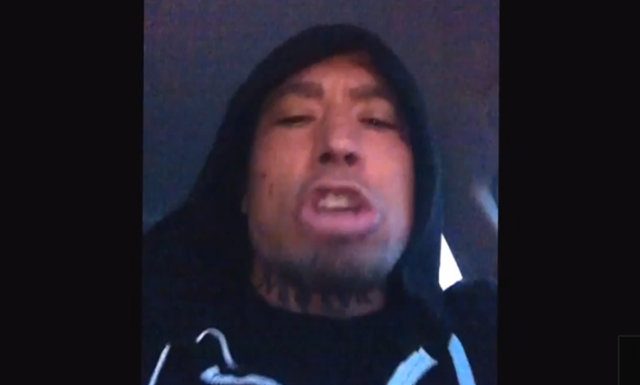 “Roses are red/ I found a man in our bed”

Well what’s a man to do when he’s facing jail time and it feels like the whole world is against him? He becomes a poet, that’s what. But first, he quotes some Nietzsche to let you know he’s not playing around:

“It is terrible to die of thirst in the ocean. Must you salt your truth so heavily that it no longer even-quenches thirst?” — Nietzsche

Deepness. After that he dropped an original poem about how Christy Mack ruined his life. No joke — this is an actual poem he Tweeted:

Roses are red
I found a man in our bed.
Than to discover this…
I’d rather be dead.

So hurt and confused
My heart has been abused.
Too beautiful our plans
To not be used.

How could you forget
And carry on with no regret?
You’re a stranger now…
You sold your soul I bet.

Publicity, money, fame
Is this all just a game?
It was you who I loved ya know…
Not just a name.

Yes, I’m that bored. Hope you enjoyed the attempt at levity (at my expense) in the first 2 lines…FML.

OK, so the first two lines were astounding, but the rest was pretty bad.