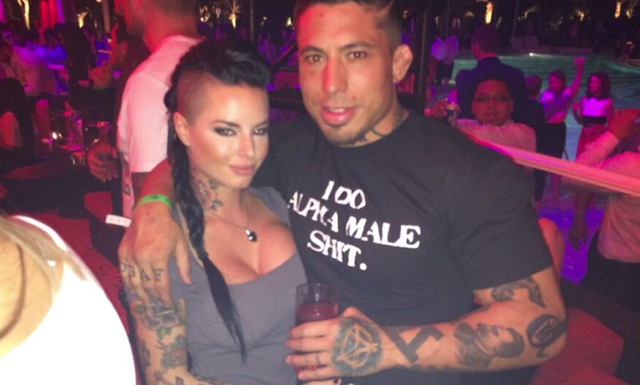 This guy is even more insane than we thought.

In case you hadn’t heard, MMA fighter War Machine tried to murder his girlfriend the other week and then went on the run, eventually being arrested last Friday.

In an attempt to understand the workings of War Machine’s twisted mind, Addicting Info went through a blog he had set up in 2010 while he was in prison and discovered some entries which pretty much sum up the way this guy’s brain works:

… when you were a lil’ boy… and even now in your dreams at night… you’re a bad-ass, a real tough guy… a cowboy, a gladiator, a fighter pilot, a Navy SEAL, a professional athlete. So why don’t you swallow your shame and be a REAL man for once, and give the country back to REAL MEN and admit! I’m right! And DO SOMETHING to help us!

This country has gone SO SOFT that it has left us helpless. The oppression of MEN is worse than oppression of Jews in Nazi germany, worse than the slavery of Blacks in early America… I’m not exaggerating either. Every Jew & every Black man, both in jail and those who have managed to avoid it, will attest to what I have just wrote.

Men are supposed to take risks and be aggressive! What accomplishments have ever come of a man scared to risk it all!? None!? Where would the world be? Still ‘flat!’ Still ‘Earth at the center of the universe!’ Where would Brad Pitt be!? He’d be nobody! When he was discovered he was like 26 years old, a waiter, and living out of his car! He wasn’t playing it safe, he was risking it all! On his dream! Being a MAN is BALLS not brawn! So don’t think you were too weak or small to be the MAN I’m talking about. So many of you ARE MEN but you got trapped by the oppressor. Every time you fight the urge to tell your wife “NO!” or you tell your son, “Don’t punch the bully, go tell instead,” YOU ARE LETTING THE OPPRESSOR WIN!

So it’s Christmas day and I’m laying in my bunk wondering “Why in the hell do American men get married!?”

As I write this, there is one guy in here for slapping his wife, one here for yelling at his wife, and one here for beating some guy’s ass that disrespected his wife. WTF!? If your wife is being a bitch you can’t slap her, if your wife is yelling at you, God forbid you yell back, and if some asshole hurts your wife, you can not protect her! LMFAO! What in the F*CK! is REALLY going on!? Next thing you know it will be illegal to f*ck your wife! LMAO! Maybe then, MEN in this country will get the fucking hint and MOVE! This country forces you to be a bitch!

Welp, I guess it’s hardly surprising coming from the man who wrote this: 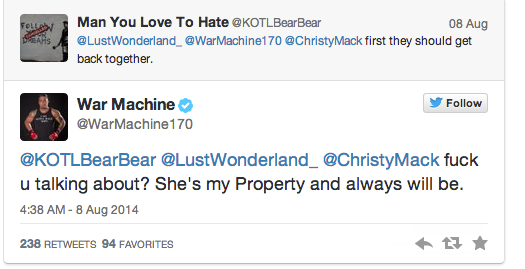