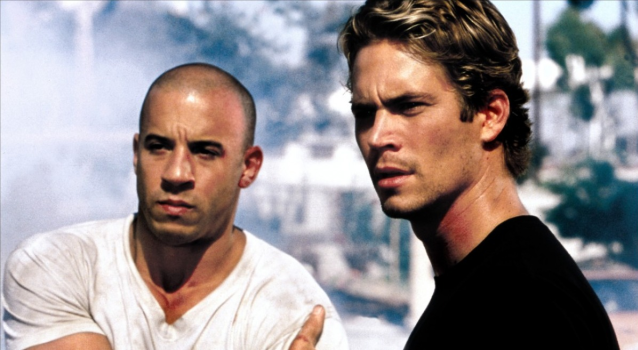 Vin posted an emotional Facebook message as well as visiting the scene of the crash to deliver a speech.

As you have no doubt heard, Paul Walker – AKA former agent Brian O’Connor in the Fast And The Furious movies – died over the weekend in a particularly nasty car crash over in Los Angeles.

His Fast And The Furious costar Vin Diesel has spoken out about his death for the first time, firstly via a message on his Facebook account and secondly through a speech delivered at the scene of the crash which he visited on Monday.

Facebook post: ”To live in the hearts we leave behind, is not to die’, he wrote, quoting the poet Thomas Campbell. ‘Pablo, I wish you could see the world right now … and the profound impact, your full life has had on it, on Us … on me … I will always love you Brian, as the brother you were … on and off screen’.

Speech at the crash site: ”If my brother were here right now and saw all the love that you’re bringing here. If he could see for himself that all of you have showed up to show my brother love at this hard time, and that his family gets to see all of you show the love that you’ve shown Paul … It’s gonna stay with me forever. I just wanted to say thank you. Thank you for coming down here and showing that angel up in heaven how much you appreciated him.”

Seems like the rapport that the two shared on screen definitely translated to their real lives too. Vin Diesel and the rest of the Fast and Furious stars are currently on hiatus from shooting the new instalment of the franchise (it was breaking for Thanksgiving over the weekend) although it was announced that the production would continue in some shape or form in the near future.

You can watch Vin Diesel’s emotional speech below: