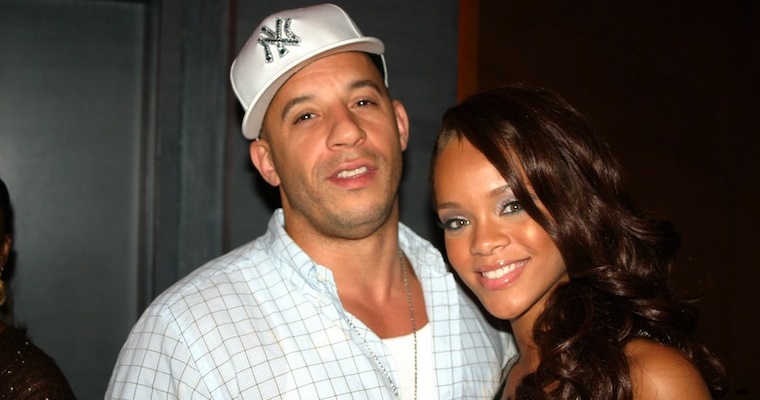 One of Hollywood’s hardest men – Vin Diesel – puts his masculinity on the line with a bizarre rendition of Rihanna’s Stay.

Vin Diesel has done some pretty manly shit over the years.

But what’s the manliest thing Vin Diesel has ever done? We’ll tell you what definitely isn’t — this Valentine’s day clip of him standing alone in the shadowy corner of a darkened room, microphone in hand, singing along to Rihanna’s Stay as a projection of the music video beams on the wall beside him, lighting him up enough to see the pure emotion and dedication in his eyes (when he’s not got them passionately closed).

â˜› Read This Next: Four Reasons Why Rihanna Is A Dick

Or is this in fact the epitome of manliness? A serial hard man comfortable enough with his own masculinity to serenade his legion of female followers with a beautiful and bassy rendition of Rihanna’s most recent ballad.

He actually really goes for it and while bizarre it’s actually not a bad performance. I played it twice.

To be fair, it’s probably about the manliest anyone can look singing a Rihanna tune. We say props to the big guy for getting away with it in style.

â˜› Check This Out Next: Frenchman Accidentally Causes High-Speed Chase