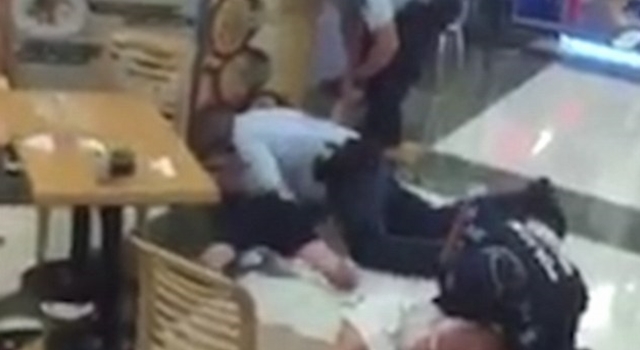 Just when you though the cops of the world couldn’t get any worse they start beating up people with no legs.

Here’s another dark phase from the annals of human news. Earlier this year there were reports of a gang in Stockport that beat up an old disabled dude, now we have these rogue Aussie cops in the video below holding down and punching a man with no legs. That’s not right it is?

There was some kind of disturbance in Sunnybank Plaza in Brisbane (which is where Summer Bay Diner is I think?); apparently the police were investigating a liquor store robbery. That’s fine and well but what happens next is right off the charts.

As people stand round and film the ongoing tussle, one of the Australian police men is seen holding the twenty-year-old disabled guy down and punching him a few times whilst another pins down his 18-year-old female carer. Whether or not they’ve robbed a box of wine, this seems like a bit of an overkill.

It’s all kinds of wrong, the no-legged dude is obviously putting up a good fight though. Maybe he’s thinking of becoming one of the new breed of disabled MMA fighters?