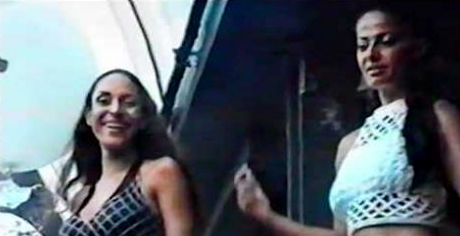 I don’t know what it is about watching footage of old raves but every time one of these videos comes along it’s absolutely fascinating. I guess it’s partly because of how different everyone looks at these raves in terms of how they dress and dance and act, but also because most of these videos are so rare that your hardly ever see footage like this too often so when you do the content really is completely unexpected and out there.

This time, someone has unearthed some VHS footage (yeah, they had to make a serious effort when they were filming this stuff) from Amnesia Ibiza in 1998 and it really does look like it could be going down on a different planet, let alone a different decade. You’ve got debauched foam parties, a bunch of babes wearing very little, a bunch of other people wearing the most ridiculous outfits you’ve ever seen and a whole lot of people partying on the terrace as the sun rises. Makes you wish you were old enough to drop ecstasy back then.