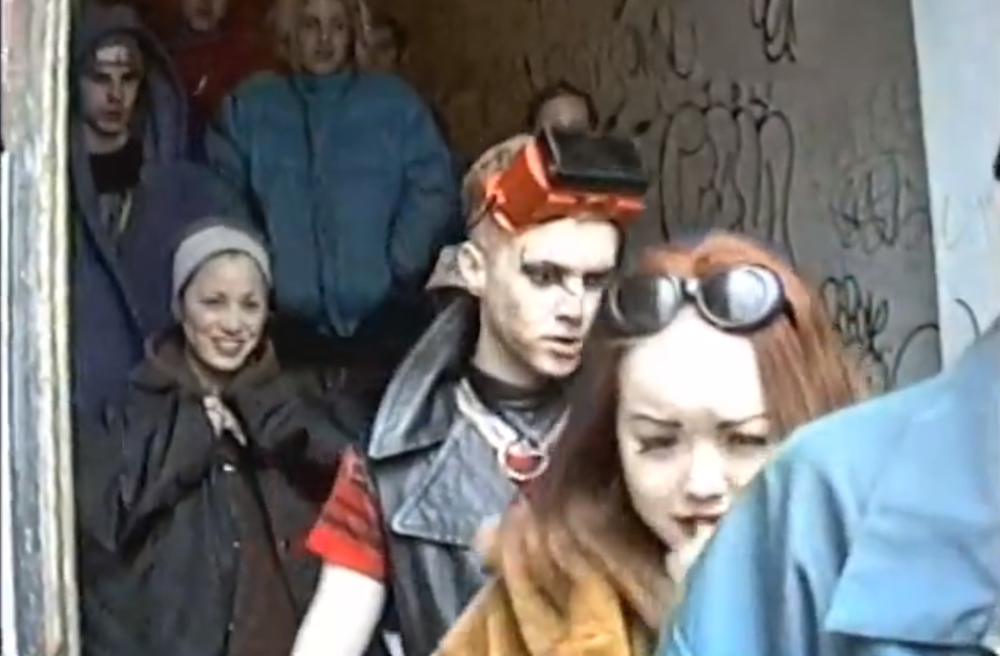 This is what raving looked like 22 years ago in New York City. It’s a lot like Kids.

There’s something awesome about watching classic rave footage and this is no exception.

It’s taken from 1993 outside a club in New York City called NASA at 6 a.m. where it seemed like all the cool kids were going that year, judging by how the clientele are dressed as they exit the venue. My favourite is definitely the guy dressed in red with some kind of scuba mask on.

As you might expect, all of their eyes are massive and they all look a little worse for wear, but again that’s what you expect when you go to a hip New York party right? I’m pretty sure that NASA was the name of the club they went to in Kids too.

What’s even more magical about it all is that as they all exit the club they find out that it’s snowing on the outside. I’m not sure how I’d feel about it snowing after I exited the club after a hard night of raving – I’d probably either be really, really cold and annoyed about it or be having such a good time I would absolutely love it and immediately start a snowball fight, there would be no middle ground – but most of the people in this video don’t seem to like it that much, and aren’t that stoked about being filmed either.

Still it’s funny to check them coming out and apparently there are a few big names there like Tom Mello, Odi and Philly Dave there, although I’m not actually too sure who any of them are. It’s just great to see everyone buzzing and also all the fashion trends from that era, especially in the snow. It’s slightly different to the countryside rave scene from 1993 in Britain, that’s for sure.