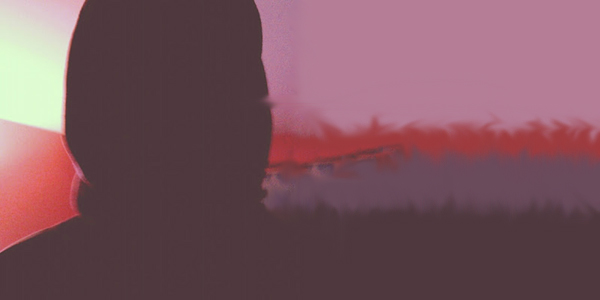 From the desolate lands of Long Island, NY with its mall girls and suburban housing lives a creative shadow by the name of Fritz ManSUN.

From the desolate lands of Long Island, NY with its mall girls and suburban housing lives a creative shadow by the name of Fritz ManSUN. Originally going under the moniker — Surp (or Surp God depending on what mood you caught him in) – his enigma remains low-key, shadowy and unknown beyond his often jovial and juxtaposing twitter feed.

â˜› More From The ‘Underrated’ Series:

After taking a hiatus, Surp reemerged as Fritz ManSUN with a sequence of sample demo beats on soundcloud. For a while it seemed the voice was buried and only the producer remained, but then a fear tracks started to appear again. I’ve collected up a pile of tracks under both names to give you a sense of what is and what was.

There are two sounds when it comes to Fritz, and I don’t just mean the two names. Sometimes the vocals are stretched with the pitch lowered into a realm of demonic possession but there’s also the ‘normal’ voice. I’ll let you guess which voice features in this track. The beat reminds me of something, but I can’t quite place what or where.