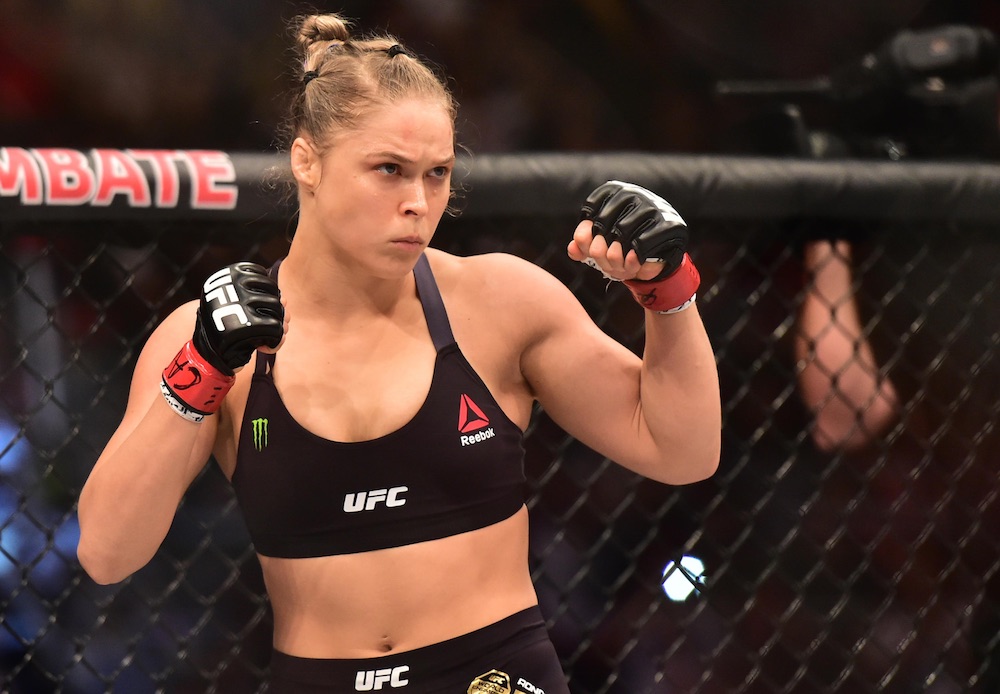 Looks like Ronda Rousey will take care of her unfinished business after all.

In the aftermath of Ronda Rousey’s shock loss to Holly Holm last year, it seemed like UFC President Dana White was hellbent on getting the two back in the ring for UFC 200.

As time went by though, that seemed less and less likely after Ronda booked the first half of 2016 off to shoot movies. As such, White went ahead and booked Holm to defend the belt against Miesha Tate at UFC 197 (now UFC 196), leaving Ronda’s return date in limbo.

Now though, it seems like White finally has some idea of when she’ll be back. Speaking to BigBoyTV, he said the following (or you can watch the full interview below too):

So, Holly Holm will fight Miesha Tate March 5 on the co-main event of Conor McGregor vs. [Rafael] dos Anjos.

So, the winner of that fight will fight Ronda … probably in November. She’s very intense. She’s a badass, man. She’ll be back.

November huh? That’s a long way away for all us fans, but I suppose it will give Ronda the time she’ll need to get back in fighting shape.

It’s also a hell of a long time for whoever wins out of Holm and Tate to wait to fight again and defend the belt, as most UFC fighters seems to want to get a fight in every four months or so, give or take. I suppose when the potential draw on the fight is so big though, it makes sense to keep everyone waiting until the time is right.

Just pretty frustrating for everyone involved though really. Hopefully it will be worth it when it comes along and not one of those Ronda Rousey fights that is over in 36 seconds.