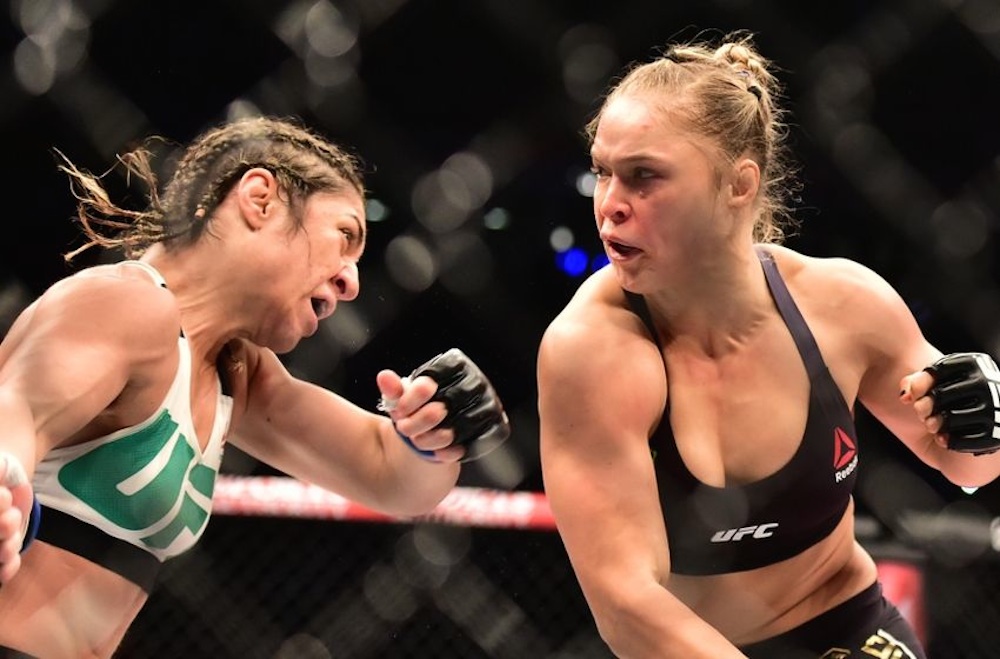 Ronda Rousey proving again why she’s the best fighter in the world.

I know this happened on Sunday morning – I stayed up until 6 a.m. to watch it – and we’re a bit late on it, but it’s a video that just needs to be shared because it’s just that badass and proves why Ronda Rousey probably is the best fighter in the world, male or female.

In case you didn’t know, Rousey was going up against Beth Correia in Brazil. Both fighters were undefeated going into it, so it was really looking like it was going to be one for the ages. Unfortunately that isn’t what it was at all, as Rousey came out of the blocks and completely annihilated Correia in 36 seconds.

Just think about it – you train your whole life putting the blood, sweat and tears in and then you’re knocked out after 30 seconds. Embarrassing, To be fair though, you don’t mess with Ronda Rousey – she’s unbelievably won her last three fights in a combined total of 64 seconds. What an absolute master.

Also watch out for Ronda cussing her out at 40 seconds and telling her not to cry. Such a badass and if you need any more evidence of that, then check this out.