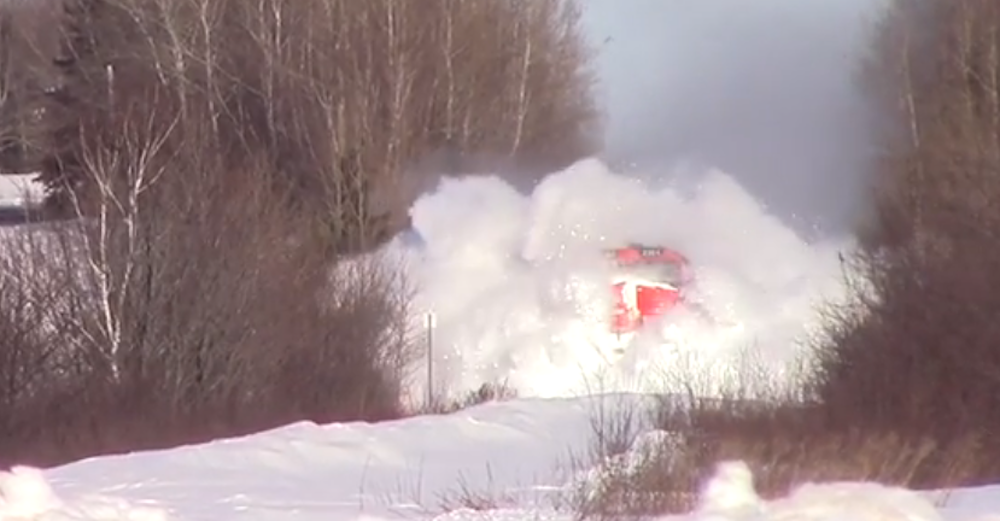 There’s been a lot of snow causing chaos in the United States recently, with airports being shut down and people not being able to get anywhere near where they needed to be due to massive traffic jams and pile ups.

There’s one mode of transport that the snow can’t mess up though, and that’s the locomotive train that wasn’t going to slow down at all, even when it came face to face with with a gigantic snow drift. It just ploughed through it like it was no big thing – even though it was absolutely huge – with the snow going absolutely everywhere in its wake.

It’s almost as cool as when snow combines with a volcano. The best part of the video is definitely where the guy filming it gets taken out by all the snow coming his way – ouch.

If you’re interested in the specifics, it took place in Southern New Brunswick at mile 11 of the CN Sussex Subdivision.