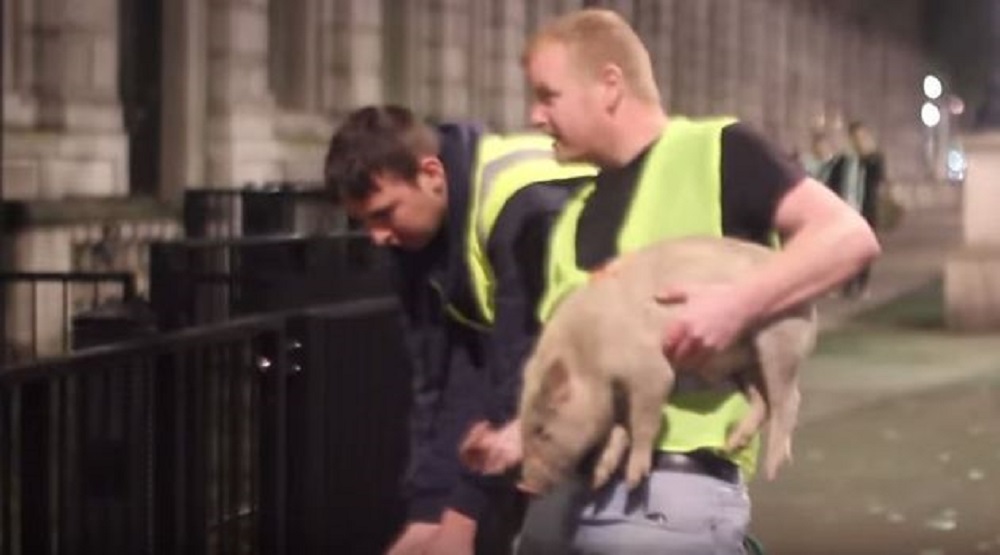 I can’t believe these guys managed to keep a straight face.

Following the accusations that David Cameron put his dick in the mouth of a pig, we’ve been treated to a whole bunch of hilarious memes and jokes about him thanks to social media and the internet.

YouTubers Trollstation might be the winners though with this video where they attempt to deliver a live pig to Mr Cameron at 10 Downing Street. Needless to say, they run into a bit of trouble.

Wow. I can’t believe those guys managed to keep a straight face through all of that because some of the stuff they were coming out with was downright hilarious when they were talking to the cops.

It’s also kind of unbelievable that the cops didn’t really do anything to them and just let them leave the pig there? I mean what if it was a bomb or something? The security guards should be a little more concerned about something like this don’t you think!?

If you enjoyed this then check out some of Trollstation’s other classic prank videos.