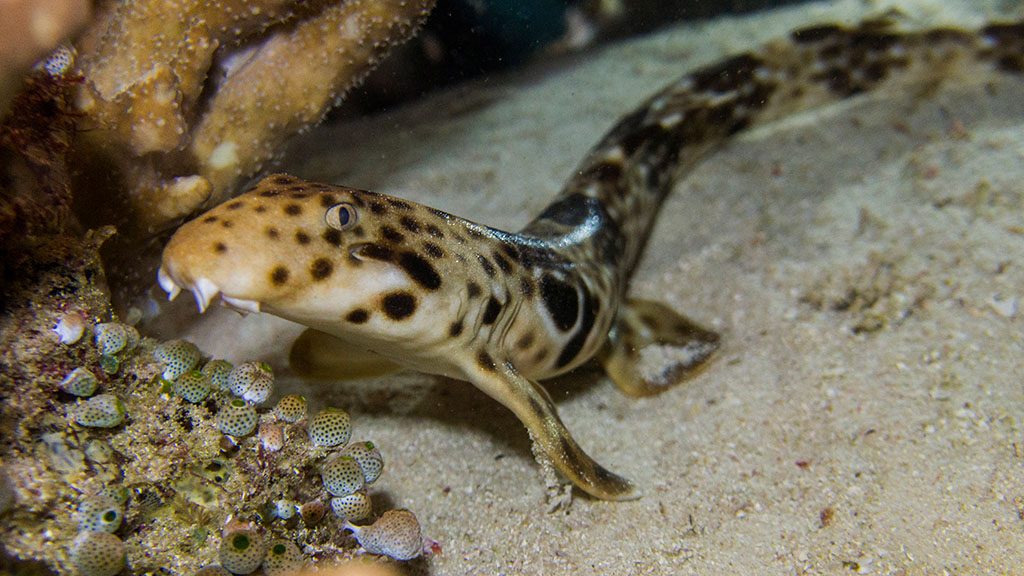 They’re coming for us.

I can’t say that I’m particularly worried about being attacked by a shark as I barely ever go swimming in the sea or anything but that might be set to change following the release of the video below which shows sharks walking on dry land for the first time.

The video comes courtesy of Forrest Galante and his team who were investigating bamboo sharks for Shark Week 2022 in the TV show ‘Island of the Walking Sharks’. The guys travelled to Papa New Guinea where they became the first people to capture footage of sharks walking on dry land.

OK, that wasn’t anywhere near as terrifying as I thought it would be and I think there’s some debate about whether you could even call that dry land as it had a load of water all over it, but I suppose it’s just the idea that sharks can do that that’s pretty scary. Thankfully bamboo sharks look really weak and scientifically don’t pose any threat to humans but you’ve gotta think that it’s only a matter of time before all the other sharks start evolving and being able to do this. That’s when you might want to start to worry.

For more of the same, check out this shark annihilating a diver in one of those underwater cages. Terrifying.