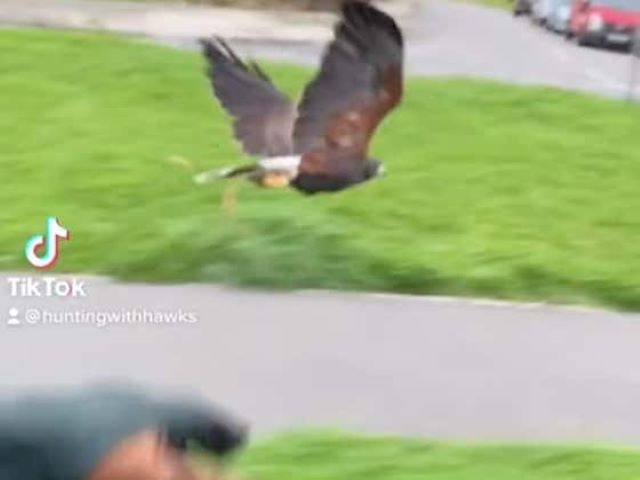 There’s a lot of twisted content on TikTok, but this guy driving around and unleashing his pet hawk on unsuspecting birds has to be up there among the most f*cked up content creators on the platform.

Just imagine – you’re a regular bird going about your day, maybe looking for some worms in the dirt, when this guy rides by and releases a predator in your direction, leaving you next to no time to react:

Absolute serial killer behaviour. Is what he’s doing even legal? Are you allowed to ride around in your car practicing falconry out of a moving vehicle? Pretty dumb to film the whole thing and send it viral if he’s breaking some kind of law here, which I suspect he might be.

The real worry though is what happens when this guy and his hawk get tired of attacking birds? Eventually they’re gonna get bored and want to upgrade to attacking dogs and eventually human beings. Very unsettling to think about. Hopefully someone has a word with this man and his hawk before things really spiral out of control.