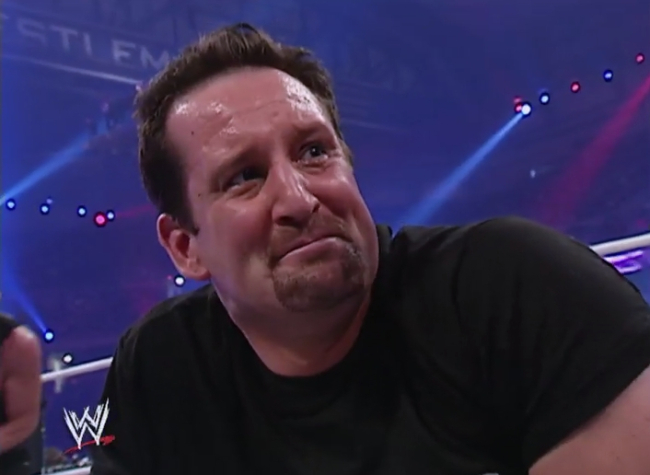 This is one of the most insane stories I’ve ever heard from the pro wrestling world and that’s saying something considering how screwed up a lot of the people in the industry are.

Back in 2001, struggling ECW got bought out by the WWE, and most of the ECW wrestlers who were now out of work were signed up to contracts with Vince McMahon’s company.

As Tommy Dreamer explains on his House of Hardcore podcast, he was told that he was going to debut during the tables, ladders and chairs match at Wrestlemania X-7 in Houston, Texas. Unfortunately for him plans changed and they told him he wasn’t needed. That, plus the recent closing of ECW, plus living with his parents, plus having turned down big money offers to stay with the failing ECW while its owner (Paul Heyman) was secretly collecting cheques from the same company he advised Tommy to turn down, pushed him over the edge. 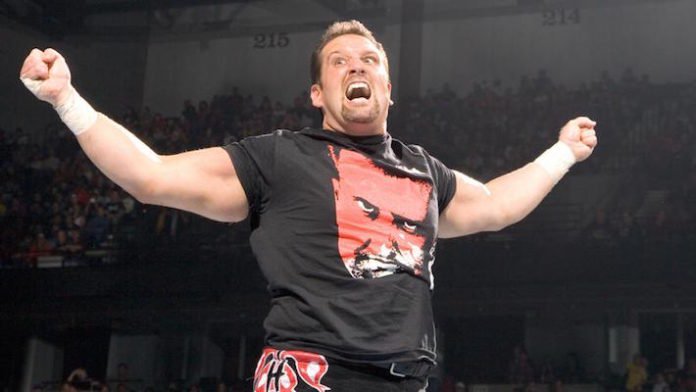 Tommy got super depressed, and he planned to buy a ticket to Wrestlemania, jump over the guardrail, murder Paul Heyman and then kill himself.

I remember I did a show there, and I saw a sign that said, ‘Guns Welcome,’ and I was in Houston. I did an indie show, and I said, ‘What is this?’ I’m from New York, what do you mean, ‘guns welcome?’ and they said, ‘Oh you are allowed to bring a firearm into the venue.’ I was across the street from the Astrodome. When I tell you it resonated in my head so, so much.

That I’ll tell you what I wanted to do. It’s sick that I think this. At Wrestlemania, I was gonna hop the rail and I was gonna whack Paul E. in the back of the head right at the announce table, then I was gonna whack myself. The ultimate martyr, I was gonna hit my pose crack, boom, pull the trigger. Because I was that insane. Don’t know if I would have went through with it, but that’s what I was thinking about everyday. I was like, ‘I will go down in history.’ Pop, boom. First they’d think it as an angle until I shot him. I was so severely depressed and so mental with rage, I needed help.

Thankfully, a call from announcing legend Jim Ross changed everything:

Randomly I get a phone call from a number I didn’t know … I didn’t pick up, and I remember having these thoughts, and it was bad. I had a gun, I was psssh, man. Could you think about the horribleness that I would have done for my legacy? I would have ruined WrestleMania, which I love, WrestleMania. For everybody. These thoughts were so so crazed in my head. How dare that person, he screwed my parents over and I come from a mobster mentality. In my head I was like ‘I would become infamous.’ Which is famous for the wrong reason. I’m glad I didn’t do it.

But when that phone call came from Jim Ross. Again, just said leave a message. It said, ‘Hey Tommy it’s Jim Ross, just want to let you know, we are still thinking about you, we are gonna get it done, just got to hang tight. Thank you.

Wow, wow, wow. Imagine if Tommy Dreamer had actually murdered Paul Heyman and killed himself live on PPV. Jim Ross might have prevented a tragedy with that phone call and he had absolutely no clue. It would have been on the level of the Chris Benoit tragedy that took place years later.

Think of how stupid I would have been, how dumb and how messed up my thoughts would have been if they would have come to fruition. I am so happy I didn’t do it, I am so happy that I did get that phone call, from someone who was a stranger, I barely knew the guy. There was another day, there has been a lot of other days. 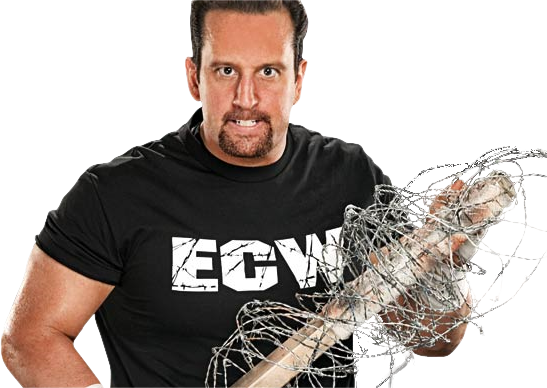 A few years later, Tommy Dreamer would be part of a winning team at Wrestlemania 23. So I guess deciding not to murder his own boss and kill himself on live TV turned out to be a good shout.

For the time Papa Shango put a curse on the Ultimate Warrior and freaked out the entire wrestling world, click HERE.