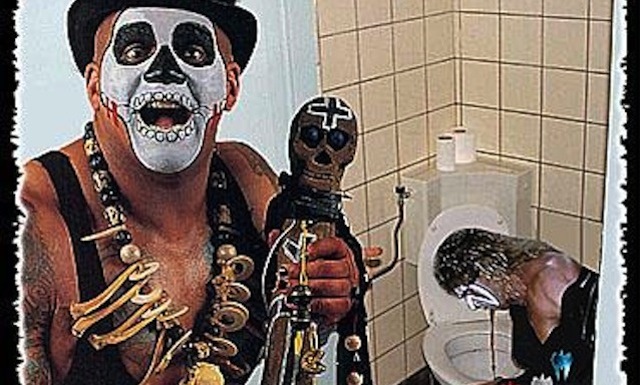 Is it possible that the curse that Papa Shango put on the Ultimate Warrior back in the 90s was the root cause of his death? Here’s the moment it happened.

Obviously there was nothing funny about the Ultimate Warrior’s death that day after his farewell speech on Raw, but you have to admit the whole thing seems pretty suspicious. One night he’s being inducted into the Hall of Fame, looking pretty healthy for a 54 year old, then he shows up on Raw the night after that and gives his farewell speech, and literally the last words he speaks in the ring are “The spirit of the Ultimate Warrior will run forever.” And the next night he drops dead. That is eerie as shit and it makes no sense.

So I’m not saying Papa Shango is to blame, but I’m not saying he isn’t to blame either. We all saw him put that curse of the Ultimate Warrior all those years back, and there’s no reason to believe the curse was suddenly lifted just because they stopped feuding/wrestling. Watch below and see what you think:

Pretty conclusive right there if you ask me. Have the police even spoken to Papa Shango about this?