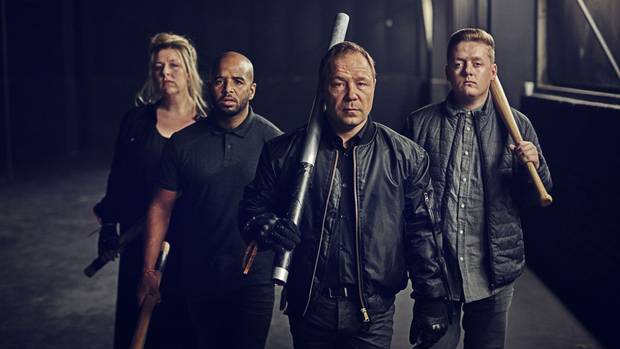 You wouldn’t want to mess with this gang.

This Is England is one of the most loved television series/movies of the last couple of decades in this country, so it makes sense that the cast would get back together to try and promote a cause that is close to their hearts as their notoriety alone would ensure that the issue was at least given some notice.

This is exactly what Stephen Graham, Thomas Turgoose, Hannah Walters and Andrew Shim have decided to do, joining forces with Stand Up To Cancer to try and raise money to fight the horrible disease. It turns out that all four of them have had loved ones succumb to it, and that’s why they’re so eager to encourage people to stand up for it.

The advert is surprisingly powerful, as the four of them destroy a big brick sculpture that says cancer:

See told you it was strangely haunting? It’s good to see the gang back together fighting for something they believe in, and hopefully it will actually make a difference as well as whetting our appetite for the upcoming final movie in the series.

In any case, this looks way more useful and important than when the cast previously got back together recently to advertise a club night. That looked shit.